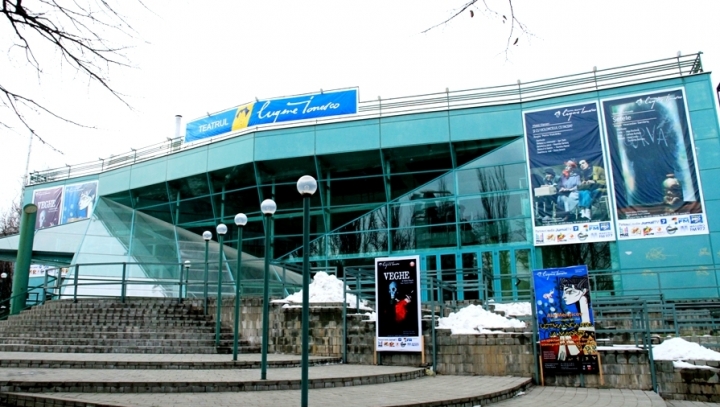 Eugene Ionesco Theatre of Moldova participated in the 23rd Cairo International Festival for Contemporary and Experimental Theatre this week with the monodrama Last Night in Madrid, drawing audiences into the story of Jacqueline Roque, Pablo Picasso's last wife.

The troupe has a memorable history with Egypt. The first of several visits was in 1992, after they had journeyed four days by bus to perform Waiting for Godot at the festival, then known as the Cairo International Festival for Experimental Theatre. At the time the state of Moldova was just two years old, having just separated from Romania.

"I think no one in Egypt had even heard about Moldova then," one of the troupe's actors, Petru Vutcarau, tells Ahram Online.

They left right after their performance, feeling their presence was negligent, and it was only when they reached home four days later that they realised they had won the grand prize for best performance, and Vutacarau best actor.

At the time the experimental theatre festival was competitive, and they ended up winning the year after's Best Actor for Exit the King, and then again in 2001 Best Actress for Medea.

Earlier this year they performed The Bald Soprano at Bibliotheca Alexandrina during the contemporary theatre festival. They return again with actress Ala Mensicov performing Last Night in Madrid, directed by Vitalie Drucec.