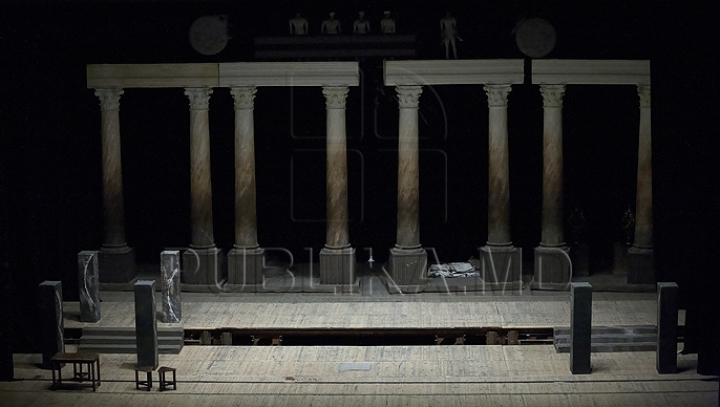 Eugene Ionesco Theater Biennale starts in Chisinau, as artists from 13 countries will perform in 22 plays. The event is held under the patronage of the Culture Ministry.

The festival started with Alfred Jarry’s comedy, "Ubu the King", directed by Slava Sambriș.
"25 actors perform in the play, a very big number. It’s a matter of a strong desire to grasp the throne. This Ubu reaches to live in poverty and by crimes he becomes a king,” said director Slava Sambriş.

Actors of many theaters from all over the world come to Chișinău to play on the stage of Eugene Ionesco Theater.

"We’ll have troupes of actors from Israel, from Egypt. The Flamenco Company from Spain comes with a premiere with a flamenco show. I would recommend the plays of the theaters from Romania, as you’ll not have the language barrier ", says Eugene Ionesco Theater director Petru Vutcăraru.

The state allotted one million lei to support the event reaching its 12th edition.

"It’s become the most important drama event in Moldova, with famous troupes, with plays well known in the world’s theater. Thus, Moldova and its culture have been involved into the international cultural flow," says Culture minister Monica Babuc.