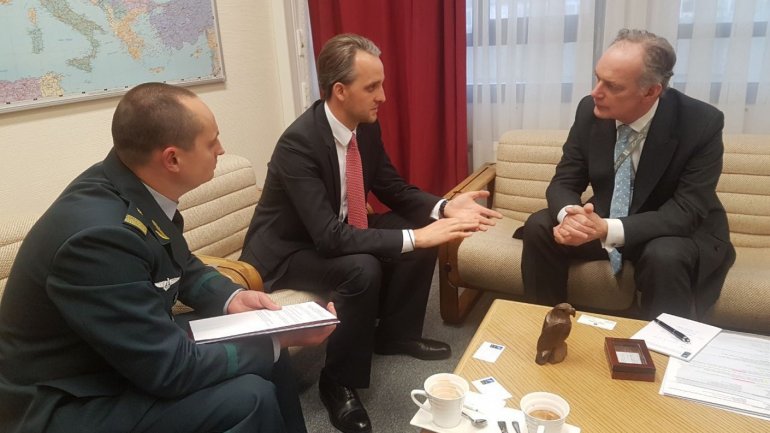 The spoke of projects NATO is unfolding in Moldova and the participation of the National Army at the KFOR mission from Kosovo.

Defense Minister has expressed gratitude toward North-Atlantic Alliance for assistance in implementing first phrase of the Defence and Related Security Capacity Building (DCB), by offering professional opinions for elaborating documents and strategies in the defense area- National Defense Strategy and Military Strategy. Eugen Sturza has notified Jonathan Parish that the National Defense Strategy was approved by the Government, while the Military Strategy is nearly complete.

Minister Sturza also spoke of NATO's project to destroy pesticides and harmful chemicals in Republic of Moldova, which begun since 2006, resulting in over 956 tons of pesticides being collected and evacuated to Poland for disposal.

Eugen Sturza underlined Republic of Moldova's objective to reform the defense sector and requested NATO's support in the implementation of the second phrase of DCB, to develop military capabilities.

An important topic within those talks was our country's intention to continue sending troops for international operations and missions.