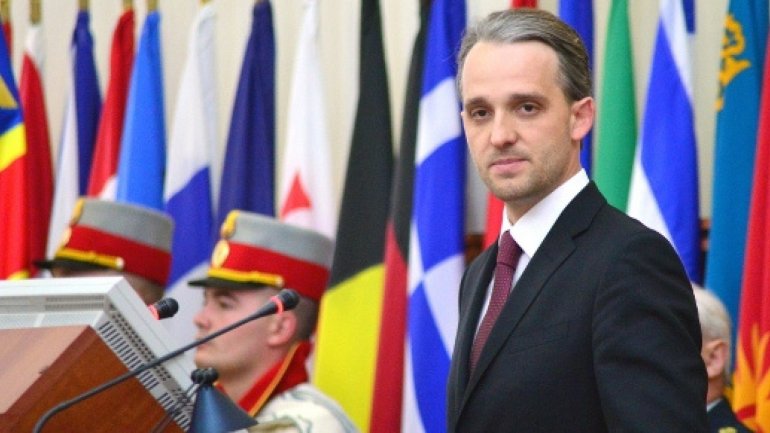 Defense Minister, Eugen Sturza has declared during an interview for Europa Liberă that at the moment Republic of Moldova cannot call itself a neutral country, as long as it hosts a foreign army.

Moreover, the Minister declared that authorities from Chisinau will continue to insist the withdrawal of Russian army from the territory of our country.

"We cannot speak of neutrality, as it is stated by Republic of Moldova's constitutions, as long as there is a foreign army on our lands. We will continue to request that the Russian army to be withdrawn from the territory of Republic of Moldova, along with its ammunitions and military equipment. Their presence here is no longer needed, while at the same time we wish to strengthen our own national army and modernize it. We can see Ukraine as a perfect example, how a treaty among four countries was meant to guarantee territorial sovereignty and integrity, only for one of those countries to become an aggressor at a given moment and capture sovereign territory" Eugen Sturza said.

The Official also believes that in order to ensure security for our country, the National Army must be modernized, while soldiers must participate in international drills.

"As long as Russia's army remains on the territory of Republic of Moldova, we must develop our National Army. To our security exporters, I do not only mean those from regions, but also participating in international military missions, as we need to show our foreign partners that we also contribute to the security of not only our regions, but also in general of the European Union, of conflict regions" Sturza announced for Europa Liberă.