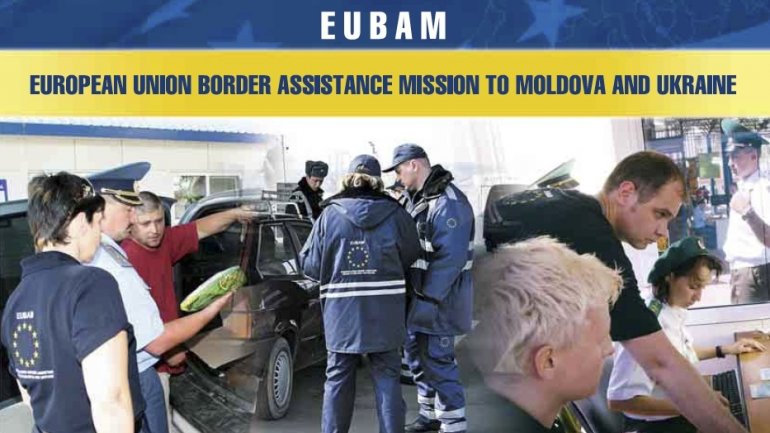 The Consultative Board of the European Union Border Assistance Mission for Moldova and Ukraine (EUBAM) today informed about the extension of its mandate of work to ensure an efficient management of the Moldovan-Ukrainian border.

Head of the EU Delegation to Moldova Ambassador Pirkka Tapiola has said that the participants in a meeting had discussed progress and problems in the activity of the customs services.

“Taking into account that the present mandate of EUBAM expires on 30 November 2017, at the previous meeting of the Consultative Board in Odessa, a process of consultations on the mission’s future was launched. Proceeding from the current geopolitical context, challenges concerning the borders’ management and customs cooperation, as well as the situation in terms of the security sector, the participants in the meeting agreed upon maintaining the EU’s presence at the borders between the two countries,” Tapiola said.

For her part, Deputy Foreign and European Integration Minister Daniela Morari specified that EUBAM’s new mandate of activity would be focused on strengthening regional security by active contribution to settling the Transnistrian conflict, applying the integrated management at the Moldovan-Ukrainian border, as well as fighting contraband and cross-border crimes.

“We are at the half of the 11th phase of EUBAM’s work and I find out that the mission has managed to significantly contribute to consolidating the institutional capacities of the customs services and border police of Moldova and Ukraine – capacities which allow carrying out reforms and enforcing the commitments taken within the Association Agreement, including the composition concerning the Deep and Comprehensive Free Trade Area. Therefore, we appreciate very much the European partners’ willingness to continue backing the EUBAM’s work also after the present mandate ends,” Morari noted.

Attending the event, EUBAM Mission Head, Ambassador Andrew Tesoriere said that “the 2016 year was marked by a string of joint projects between Moldovan and Ukrainian partners, which will improve the security of the common border and will facilitate the trade sector and the tourism one. Next year, our work will be focused on inter-departmental cooperation, providing support to simplify the commerce, by the work of the single desk, settlement of operational problems, optimizing the free movement and fighting illegal activities,” Tesoriere noted.

The next meeting of the Consultative Board will take place in Odessa in May 2017.

The EUBAM mission is a structure created to check the trafficking at the border between Moldova and Ukraine. The mission was founded in November 2005, at a joint request by the two countries’ presidents. The EUBAM mission is fully financed by the European Union, Moldpres reports.