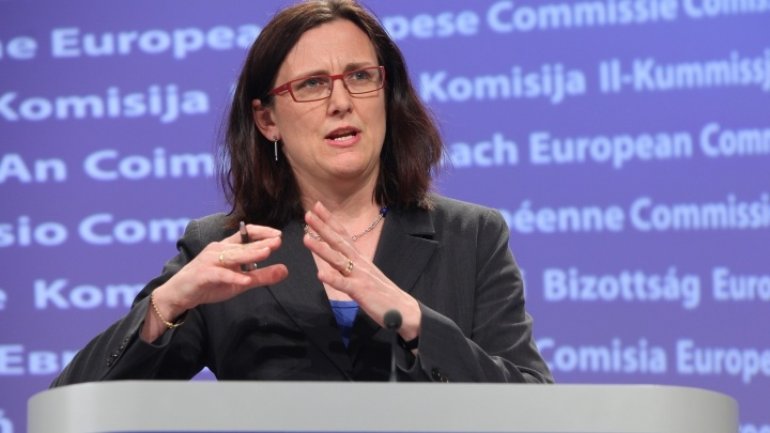 The Republic of Moldova has the potential to assert itself on the European Union market, but for this, both the business community and the civil society need to know all the opportunities of the Association Agreement.

The statement was made by EU Trade Commissioner Cecilia Malmstrom. Thus, today, a project has been launched to promote free trade with the European Union.

Due to the project, Moldovans will be able to find out about the opportunities offered by the Free Trade Agreement, but also the way to tackle the challenges.

After presenting the new project, the commissioner visited a walnut and plum processing factory, an example in the DCFTA promotion campaign.

Annually, this factory reaches 98 percent of its production in EU stores or thousands of tons of walnut kernel and dried plums.

Thus, the company's sales reach up to 16 million euros. The factory owner says it was enabled as he was informed about the European market, to create a product that meets the quality standards.

"If you do not comply with their standards, you have to take back the goods and work on them again" said entrepreneur Dumitru Vicol.

And the European Trade Commissioner says that information is required for the successful implementation of the free trade agreement.

"We need to show more companies, especially the smallest and the medium, that they have to take the risk or the chance to enter the European market. The communication and visibility plan launched today is an instrument to inform about the possibilities and advantages of the EU market" , said European Trade Commissioner Cecilia Malmstrom.

According to Deputy Prime Minister Octavian Calmic, our country has made significant progress in the implementation of the free trade agreement, but it still demands lots of works.

"We are at a level of achievement of the commitments on the economic component of 75 percent, but we have much higher arrears in promoting and applying these elements of legislation at the sectoral level," Deputy Prime Minister Octavian Calmic said.

The information and assistance project for business and citizens will be implemented by August 2019. Its budget of € 1.9 million is covered by European financiers.