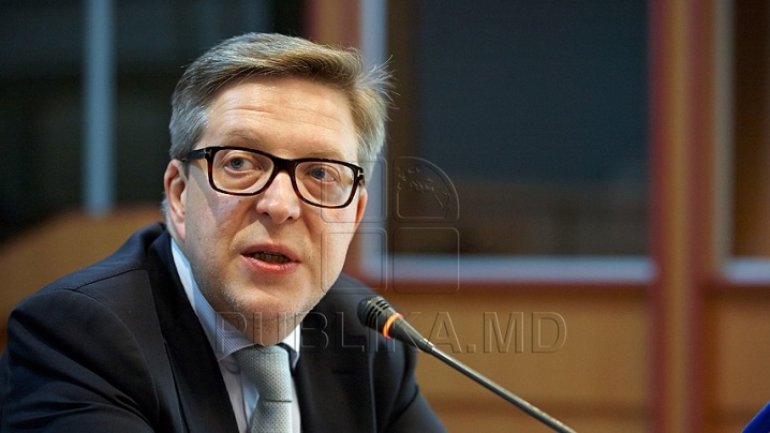 The European Union will support the Prosecutor’s office’s reforming drive, said the head of the EU Delegation to Moldova, Pirkka Tapiola, as he has met with general prosecutor Eduard Harunjen, today.

The European official remarks the innovative and profound features of the reform visions. The law on prosecution was passed by the Parliament a year ago in order to insure its independence from politics. A range of specialized prosecutor’s offices were annihilated.

Only the offices for anti-corruption, for fighting organized crime and for special cases have been retained.

Under the new law, a general prosecutor was selected last year for a 7-year term.