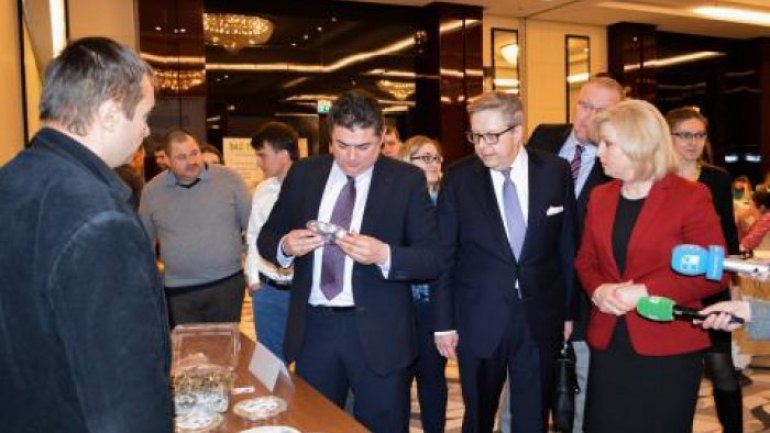 PARE 1+1 is one of the most successful national programmes, backed by the Moldovan government and represents the best platform of cooperation between the authorities and the business environment. Deputy Prime Minister, Economics Minister Octavian Calmic made statements to this effect at a national conference on the PARE 1+1 programme for attraction of remittances to the economy, titled, Remittances – Source of Regions’ Economic Boosting.

According to the Economics Ministry’s press service, Octavian Calmic stressed that the authorities would further back the carrying out of the PARE 1+1 Programme, as besides the fact that the latter has a very strong component of training entrepreneurs in doing a business, the programme contributes to the development of small and medium-sized enterprises in the rural regions.

“Moreover, from the economic viewpoint, the programme has proved its efficiency both through the number of enterprises opened, and through the fact that, for each leu invested by the state, investments worth 3-4 lei were attracted” , said the economics minister.

For his part, Head of the European Union Delegation in Moldova Pirkka Tapiola said EU was impressed by the results achieved by Moldova in the process of implementing the PARE 1+1 Programme, with the European Union being firmly determined to further support this project on all dimensions.

“Moldova has used possibilities of the PARE 1+1 Programme quite intelligently, by bringing to Moldova not only new technologies, but also approaches in the development of the business environment. I believe that this programme is a model of Moldova’s economic development in the long run” , stated the European official.

According to the manager of the EU Project, Technical Assistance for Implementation of DCFTA (Deep and Comprehensive Free Trade Agreement), Philip Santens, following an internal assessment, decision-makers found out that 927 grants had been provided, about 3,000 new jobs were created and eight million euros was invested in business in the seven years of implementation of the PARE 1+1 Programme.

“Moldova’s experience is studied by other states, which have many migrant citizens. An example is Serbia, which quite intensely studies the Moldovan experience to carry out such a project”  said Philip Santens.

Iulia Iabanji, the director of the Organization for Small and Medium Enterprises Sector Development, which implements the PARE 1+1 Programme in Moldova, informed that, during the seven year of carrying out the project, investments in the national economy had exceeded 540 million lei, and the sum of grants transferred within the Programme stood at about 145 million lei.