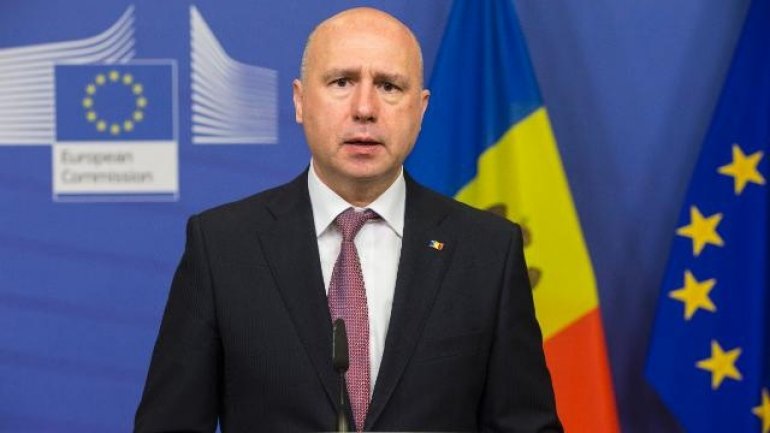 Chisinau authorities' reform agenda has the unconditional support of the European Union. Brussels will support transformations initiated by Moldovan officials and in the coming days will unlock financing of 45 million euro for several projects already initiated by the EU. The statement came from prime minister Pavel Filip and was made in an interview for PUBLIKA TV team in Brussels.

The prime minister also announced that many European officials will come on a visit to our country in early 2017.

The Prime Minister said that Moldova has regained the confidence of European partners, due to the transformations initiated. And a confirmation of this fact is the substantial macroeconomic assistance promised to our country, almost half of which will be non-refundable. The money will be used for building consolidation projects of Moldova's energy security.

"We have all the assurances and support from the European Union to move forward with interconnections to the European system, both electricity and natural gas. As a precaution, it was already established that we will have a macro-financial assistance of 100 million euro, the grant constituting 40 million. The first installment will be disbursed by the middle of 2017" said prime minister Pavel Filip.

The reform agenda undertaken by Chisinau will be discussed early next year, even in our country, with the participation of senior European officials, which will come to Moldova to encourage transformations initiated and to monitors the registered progress.

"About these visits we talked with the European Council President, Mr Tusk, who will schedule his visit. Additionally, Ms. Mogherini will schedule her visit to Chisinau early next year. Of course we will also be able to see Commissioner Hahn as guest and we can discuss our European projects" said head of Government.

Pavel Filip said that at the meetings at the European Commission, European Parliament and European Council, was taken the decision to change the approach of the EU financial assistance provided to our country. The money will be given primarily for projects that will help improve the living standards of the people.

"Money for the projects already assessed by the European Union. The financial assistance will be assessed, so the impact is much greater on the Moldovan citizens" said prime minister.

The prime minister Pavel Filip will be in Brussels until 30 November 2016.