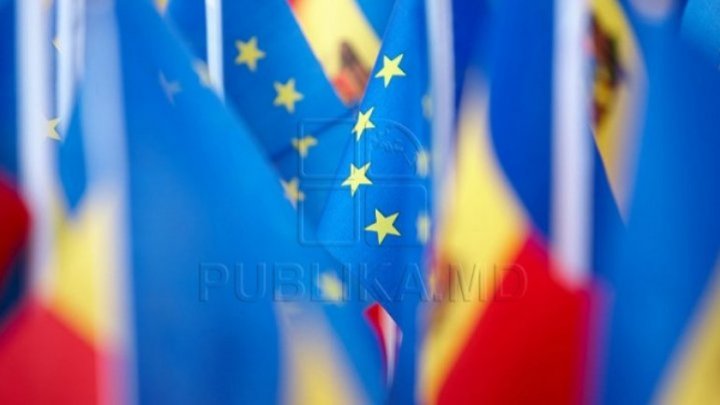 Moldova has advanced with the implementation of some reforms, but further action is still required for its citizens to reap the full benefits of the Association Agreement, it has been said in press release of European Commission published today.

Accordingly, Moldova has managed to stabilize its economic situation and, with constant but conditional support from the European Union and other international partners, has progressed with the implementation of some reforms, including strengthening the Deep and Comprehensive Free Trade Area (DCFTA). Further efforts, however, are still needed in particular in order to address high level corruption, recover the misappropriated funds from the one billion dollar banking fraud and bring to justice those responsible for the fraud. A thorough reform of the judicial system is also to be addressed. The details are highlighted in a joint report, released today by the European External Action Service and the European Commission.

"We have a comprehensive agenda with the Republic of Moldova, working to improve our economic links, increase trade and therefore bring jobs, to strengthen democracy, human rights and support for civil society and its important role in keeping the government and the political leadership accountable. Some reforms have recently advanced, in business and financial areas, for example, and further progress is needed in other areas, notably the fight against corruption and reforming the judiciary. Our support to the people of Moldova is clear and we expect satisfactory reform progress by the authorities, which would bring tangible benefits for Moldovan citizens."

"The European Union is Moldova's main trading partner and over the past year trade between us has further increased," added Commissioner for European Neighbourhood Policy and Enlargement Negotiations, Johannes Hahn. "Since the Association Agreement including the DCFTA entered into force, the EU's share in Moldova's exports has increased and accounts now for more than half of Moldova's total trade. The EU has helped to create over 1,500 jobs through support for the small businesses. This is just one of many examples showing why the EU matters to the Republic of Moldova and why our partnership is beneficial to the lives of its people. To fully reap the rewards of our Association Agreement, Moldova needs to keep on implementing further reforms, without delay."

The joint report published today in line with the new approach to country reporting under the revised European Neighbourhood Policy (ENP), presents the implementation of the Republic of Moldova's commitments under the EU-Moldova Association Agreement since the last meeting of the EU-Moldova Association Council on 31 March 2017, especially those included in the revised Association Agenda agreed in August 2017. It emphasises the close political dialogue between the two partners at all levels, enumerates examples of the new laws adopted in the period concerned as well as outlines the main challenges that need to be swiftly addressed by the Moldovan government.

The Republic of Moldova has also continued to reform its banking sector, supported by the EU and international partners such as the International Monetary Fund (IMF) and the World Bank. As a result, notably of these reforms, the IMF agreement is on track. The economic growth registered in 2016-2017 had a positive impact on trade. Moldova has made progress in aligning its legislation on trade matters to EU regulation and standards, but also here significant further efforts are required.

On democracy, human rights and good governance, the report recalls that the change of the electoral system in July 2017 went against the recommendation of the Council of Europe's Venice Commission and the Office for Democratic Institutions and Human Rights of the OSCE. The necessity to ensure inclusiveness in the electoral process ahead of the parliamentary elections in autumn is underlined. The report also stresses that corruption, including high level corruption, still remains widespread and the independence of justice, law enforcement as well as national anti-corruption authorities need substantial improvement.

A number of achievements, including examples of several projects that were completed in 2016-2017 with EU assistance and which directly improved citizens' daily lives, are highlighted. New business incubators have been established, for example in Calarasi, to boost economic development and create jobs, and the EU has provided grants to migrants returning to Moldova for business purposes. The importance of confidence-building measures and the concrete benefits they bring to Transnistria and Gagauzia, such as support for setting up businesses and creating jobs, are also underlined in the report.

The report was published ahead of the EU-Moldova Association Council which is scheduled to take place on 3 May 2018 in Brussels.

The European Neighbourhood Policy (ENP) and its Review in November 2015 give the EU and its neighbours a clear political framework for the coming years with an overall objective of stabilisation. The principles of the revised policy are: enhanced differentiation between partners, a greater focus on objectives agreed with partners, increased flexibility to improve the EU's capacity to respond to crisis situations and a greater ownership by Member States and partner countries.