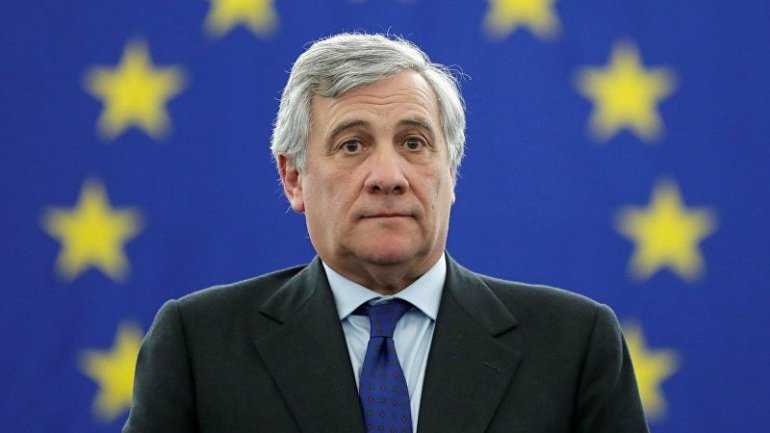 European Parliament chief Antonio Tajani said Europe should "fear" the spread of small nations as Spain struggled with the Catalonia crisis and the Italian regions of Lombardy and Veneto voted in referendums on greater autonomy.

In an interview with the Rome daily Il Messaggero, the Italian politician said Europe must "of course fear" the proliferation of small nations.

"That's why nobody in Europe intends to recognise Catalonia," he said.

"Even (British Prime Minister) Theresa May, in the full throes of Brexit, said the United Kingdom would never recognise Catalonia.

"Spain is by its history a unified state, with many autonomous regions, with diverse populations who also speak different languages but who are part of a unified state.

"It is not by degrading nationhood that we reinforce Europe," he said.

The referendums in Lombardy, which includes Milan, and Veneto, where Venice is located, are taking place in regions that together account for nearly a third of Italy's economic output and a quarter of its population.

Voters are being asked if they are in favour of their region gaining "additional forms and particular conditions of autonomy."

If approved, the outcome is only the beginning of a process which could, over time, lead to powers being devolved from Rome.

Secessionist sentiment in the two wealthy regions is restricted to fringe groups with little following.

"First of all these two referendums are legitimate, that was not the case in Catalonia."

"In Spain, it is not about autonomy, but a proclamation of independence in defiance of the rule of law and against the Spanish constitution."

Lombardy sends €54 billion more in taxes to Rome than it gets back in public spending. Veneto's net contribution is €15.5 billion.

The two regions would like to roughly halve those contributions - a concession the cash-strapped state, labouring under a mountain of debt, can ill afford.

The two regional presidents, both members of the far-right Northern League, plan to ask for more powers over infrastructure, the environment, health and education.

They also want new ones relating to security issues and immigration - steps which would require changes to the constitution.