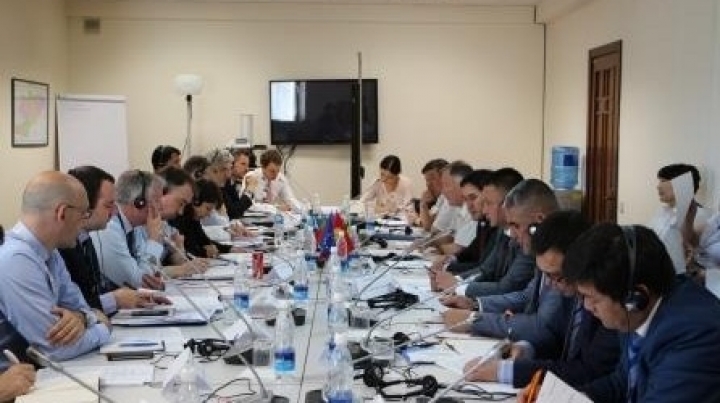 The European Union and Moldova held the seventh round of their mutual Human Rights Dialogue in Brussels on 8 June. The EU delegation was led by Mr Dirk Schuebel, Head of Division for Bilateral Relations with the Eastern Partnership countries in the European External Action Service, while the Moldovan delegation was led by Mr. Nicolae Esanu, deputy Minister of Justice.

Prior to the meeting, the EU representatives met with Moldovan and international NGOs that were also invited to the Dialogue and attended as observers.

The EU welcomed the Moldovan government’s commitment to improve the human rights situation in the country and achieve sustainable progress in this area. Following up on developments since the last dialogue held in June 2015, this year’s talks covered a variety of issues such as freedom of expression, the justice system, the protection of vulnerable groups and minorities as well as the rights of children.

Brussels moreover welcomed the recent appointment of an Ombudsperson on the Rights of the Child and the adoption of the Action Plan to implement the Strategy for Child Protection 2014-2020.

The EU has been investing in its relations with the Republic of Moldova and the current mutual relationship goes beyond cooperation, encompassing gradual economic integration and deeper political cooperation.

Both sides signed an Association Agreement including the Deep and Comprehensive Free Trade Area (DCFTA) in 2014. Since the same year, Moldovan citizens have been able to travel to the EU without a visa. Moving forward, Moldova needs to strengthen its legislation on freedom of the media, freedom of association and freedom of religion and align it with European standards, EU Bulletin reports.