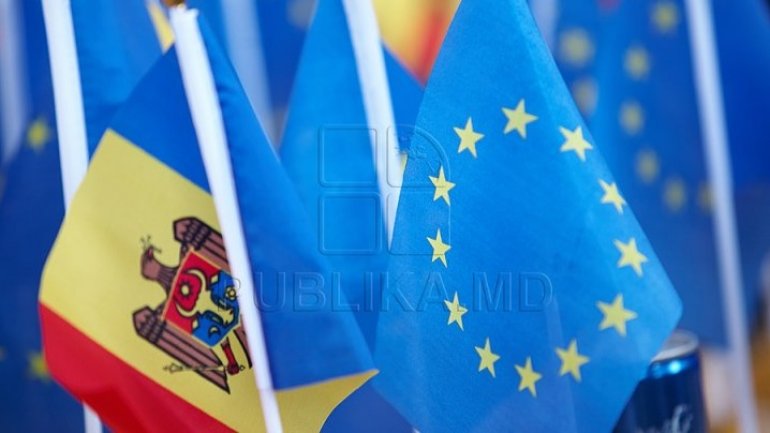 Moldova has a prospect of joining the EU and can apply to become a member of the community bloc as long as it respects the principles of democracy. The conclusion is contained in a resolution approved today by the Parliamentary Association Committee of the Republic of Moldova - European Union.

The document states that in recent years our country has made significant progress, especially in the judiciary and in the fight against corruption. At the same time, the EU bloc appreciates the fact that trade relations between the EU and Moldova have evolved.

"I think the document is good, substantial. The amendments that have been voted are positive. Romania went through these stages and eventually succeeded," Ioan Paşcu, MEP, said.

However, the European community is worried that the independence, sovereignty and territorial integrity of Eastern European countries continues to be undermined by the unresolved conflicts in the region.

PDM deputy, Sergiu Sirbu, who was part of the Moldovan delegation in Strasbourg, said the talks were constructive and MEPs appreciated the reforms made by Chisinau.

"I appreciate the unanimous consolidated vote of the final declaration, in which the European integration perspective of Moldova has been reaffirmed. I want to mention the conclusions on the need to withdraw the Russian armed forces from Moldovan territory after unanimous vote in European Parliament " pointed out Sergiu Sirbu.

Meanwhile, Deputy Speaker of Parliament Iurie Leanca has appreciated that Brussels will provide support to Chisinau in the fight with Russian propaganda.

"The message of our opposition colleagues often exceeds limit. It is natural to criticize certain things inside the country, but you can not question the future of the Republic of Moldova or the European future," Leanca said.

The Parliamentary Committee was created in 2015, one year after the signing of the Moldovan Association Agreement with the EU.

Recently, Prime Minister Pavel Filip said that the government has put into practice three quarters of the Roadmap provisions.