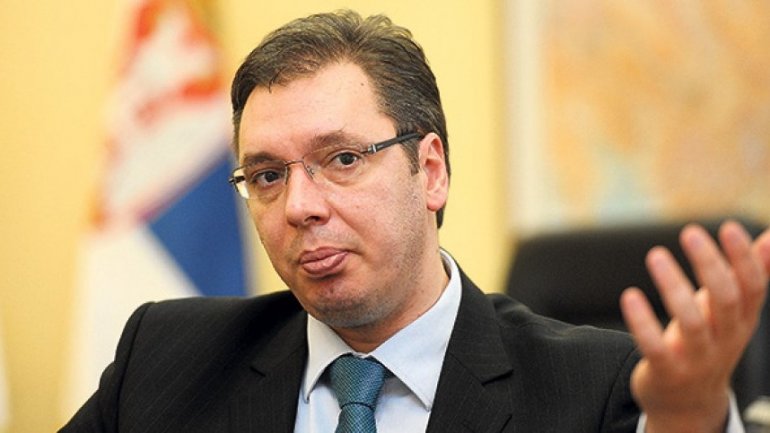 European Union Enlargement Commissioner Johannes Hahn has congratulated Serbian Prime Minister Aleksandar Vucic on his "convincing" victory in a presidential election over the weekend, saying he was "looking forward" to working together on the Balkan state's accession to the bloc.

Vucic, who pledged his ruling Progressive Party would form a government in the next two months as he steps down as prime minister to take the presidency, won just over 55 percent of the vote with more than 90 percent of ballots counted, according to results shown at the State Election Commission headquarters on April 3.

The 46-year-old needed more than 50 percent of the votes to avoid an April 16 runoff against the next highest performer. Sasa Jankovic, a former ombudsman, was second, winning just over 16 percent, according to the commission.