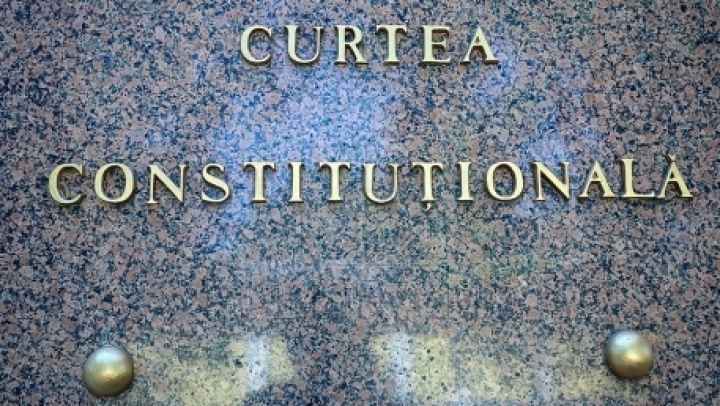 Magistrates from other countries maintain that if the Moldovan Court goes on independently and makes bold decisions, then its trustworthiness is going to rise. The opinions have been uttered at the first Congress of constitutional justice of the states from the areas of the Black and Baltic Seas taking place in la Chişinău.

The independence of the high courts has been broached at the reunion.

"The struggle for the independence of constitutional courts is waged permanently. It’s erroneous to have the illusion that if we have a court functioning well today, it will function well in the future. The temptations coming from the political sector, particularly, to control these institutions are quite strong," said Parliament speaker Andrian Candu.

"In a young democracy as is ours, the independence of the Constitutional Court must be protected regardless of the critique or remarks it is sometimes subjected to, especially from politicians. Regardless of the options of the Moldovan politicians, the Constitutional Court’s decisions have solved aspects extremely important for this country," Andrian Candu mnaintained.

"The constitutional and legal frames within which the Constitutional Court exercises its functions allow for enough independence. Guaranteeing the Court’s independence, implicitly of its judges, is the basic condition for the accomplishment of their roles,” said Moldovan president Nicolae Timofti.

Judge Petre Lazăroiu from the Romanian Constitutional Court says the latest decisions made by the Moldovan CC judges show it functions to the interest of society: "It’s life: a court decision cannot please everyone. But if they go on firmly and fairly in applying the Constitution, then I’ll tell you things are going to be right and the first step is electing the president by free suffrage."

The event has been organized by the Moldovan Constitutional Court and gathered representatives of similar courts from 10 countries.