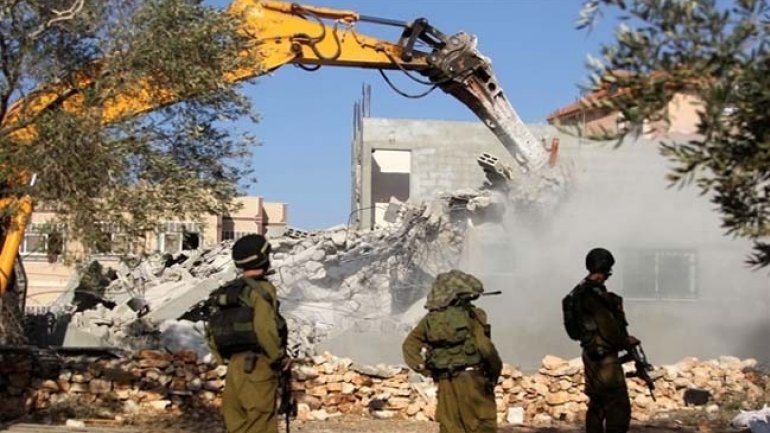 The European Union expressed frustration with Israel's continued demolition of Palestinian homes in the occupied West Bank in a high-level meeting last week, according to Israel's Haaretz newspaper.

In the meeting with the Israeli foreign ministry's newly appointed director-general, the EU ambassador read out a stern joint statement message, saying Israel was failing in its international legal obligations and needed to change its policy.

The issue came to a head after Israel issued demolition orders last month against 42 homes in the Bedouin village of Khan al-Ahmar, east of Jerusalem, where EU member states Belgium and Italy have funded a school and helped build structures for the local population of around 150.

"The practice of enforcement measures such as forced transfers, evictions, demolitions and confiscations of homes and humanitarian assets (including EU-funded) and the obstruction of delivery of humanitarian assistance are contrary to Israel's obligations under international law," Ambassador Lars Faaborg-Andersen was quoted as saying by Haaretz, with envoys from all EU member states present.