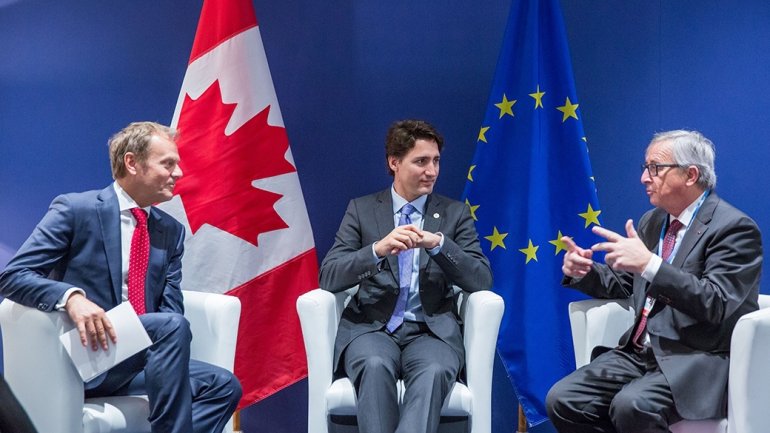 The European Union and Canada signed a free trade agreement on Sunday that aims to generate jobs and growth though it must still clear some 40 national and regional parliaments in Europe in the coming years to enter fully into force.

Canadian Prime Minister Justin Trudeau signed the treaty along with the heads of EU institutions, a step that should enable a provisional implementation of the pact early in 2017 with the removal of most import duties.

The Comprehensive Economic and Trade Agreement's (CETA) passage has not been smooth.

French-speakers in southern Belgium, a minority within their own small country and accounting for less than 1 percent of the 508 million EU consumers likely to be affected by CETA, raised objections that held up the deal until a breakthrough on Thursday, confirmed by regional parliamentary votes on Friday.

The Canada agreement is seen as a springboard to a larger EU deal with the United States, known as the Transatlantic Trade and Investment Treaty (TTIP), which has been the target of labor unions and environmental and other protest groups.