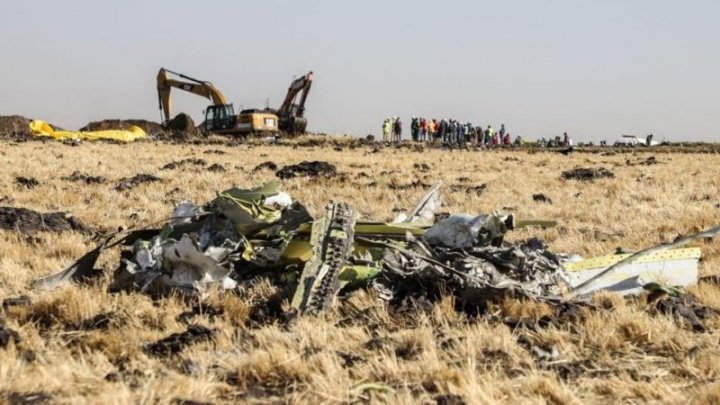 The flight recorders from the Ethiopian Airlines plane that crashed on Sunday have been recovered by investigators, the airline says.

The devices recovered from the crash site are the cockpit voice recorder and the digital flight data recorder.

The Boeing 737 Max-8 en route from Addis Ababa to the Kenyan capital, Nairobi, crashed six minutes after take off, killing all 157 people on board.

Experts have warned it is too early to say what caused the disaster, writes BBC.

There were more than 30 nationalities on board the flight, including Kenyans, Canadians and Britons.

The cause of the disaster is not yet clear. However, the pilot had reported difficulties and had asked to return to Addis Ababa, the airline said.

"At this stage, we can't rule out anything," Ethiopian Airlines CEO Tewolde Gebremariam told reporters at Bole International Airport in Addis Ababa on Sunday.

"We can't also attribute the cause to anything because we will have to comply with the international regulation to wait for the investigation."

Visibility was said to be good but air traffic monitor Flightradar24 reported that the plane's "vertical speed was unstable after take-off".