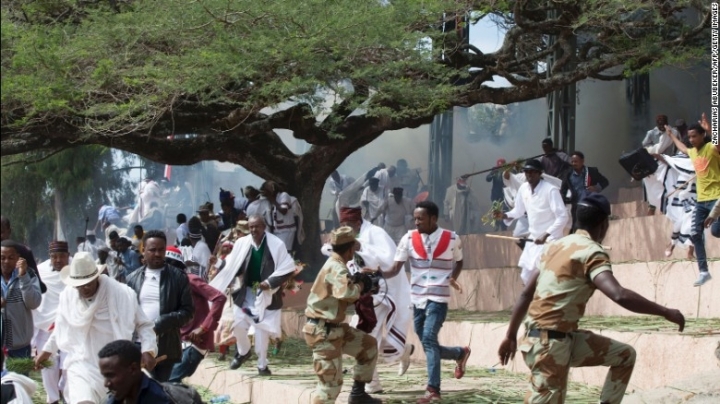 It is the first time since the ruling party came to power 25 years ago that a state of emergency has been put in place in Ethiopia.

The country's prime minister said via state media that the steps were taken to restore order following escalating protests around the country.

Among those protesting are Ethiopia's largest ethnic group, the Oromos, who make up at least a third of the country's 100 million people.

But they have been marginalized for decades, with tensions rising recently as the government promoted development that took over Oromo farmland.

Prime Minister Hailemariam Desalegn said: "The state of emergency was declared following a thorough discussion by the Council of Ministers on the loss of lives and property damages occurring in the country.

"We want to put an end to the damage that is being carried out against infrastructure projects, health centers, administration and justice buildings," he said, according to local media reports.