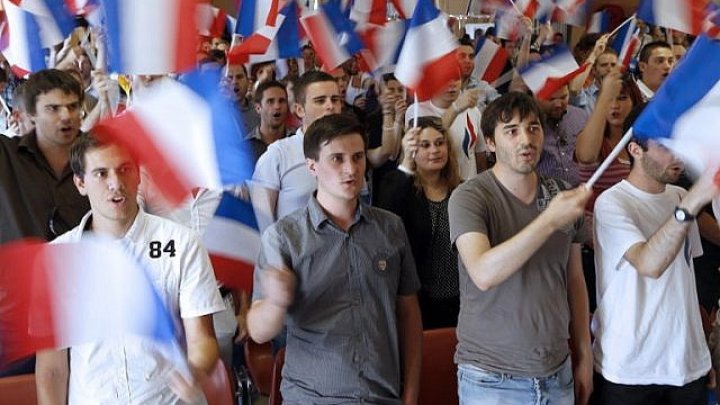 Estonia faces complex coalition talks Monday after a nationalist and anti-immigration party more than doubled its support to finish third in the general election - a result being closely watched across Europe as a sign of surging popularity for far-right populists.

The center-right Reform Party, which is the main opposition in the Baltic country's outgoing parliament, won the most votes in Sunday's election but nowhere near a majority.

It has ruled out any deal with the far-right Estonian Conservative People's Party, known as EKRE, which more than doubled its seat tally compared to the 2015 election.

With European Parliament elections due in May, many political observers on the continent had looked at the Estonia vote as a barometer as to whether the far right would continue to make gains.

Martin Molder, a political scientist from the University of Tartu, said EKRE might garner some support in the upcoming EU elections,

Martin Helme, who heads the EKRE along with his father, said he sees the party's gains as part of a trend in Europe and other parts of the world.

Helme said the main issues for the country were the defense of Estonian independence and traditional marriage plus migration trends.

"Emigration is a big thing in Estonia, the replacement of population in Estonia, Estonians are leaving and others coming in," Helme said. "These are the big issues that, you know, compared to those issues, some tax policies are just meaningless."

From Poland and Hungary to France and Italy, Europe has in recent months seen an increase in support for populist parties that often have a nationalist agenda.

Last year, an election in neighboring Latvia showed strong support for pro-Russia and populist factions to become the second- and third-largest in the Baltic country.

The outcome of Estonia's elections bears similarities with what happened in Sweden across the Baltic Sea. There, the Sweden Democrats which has neo-Nazi roots, became the third largest party after making great strides in the Sept. 9 national election.

But none of the other Swedish parties wanted to have them in any government, sparking four months of a political deadlock that ended in January with a two-party, center-left minority governing coalition headed by the Social Democrats - the country's largest political group.

In Estonia, Reform leader Kaja Kallas is expected to be tasked to form the Cabinet and emerge as the country's first female prime minister after her party finished with 28.8 percent of the vote.

Prime Minister Juri Ratas' Center Party garnered 23.1 percent, and EKRE ended up with 19 seats in the 101-seat Riigikogu legislature after grabbing 17.8 percent of the vote. By comparison, the party won seven seats with 8.1 percent four years ago.

Kallas, if she is tasked with forming a government, has a number of options to consider.

Observers say the most likely scenario is that Kallas will ask the Social Democrats and the conservative Fatherland - two junior partners in the current Cabinet - to join Reform.

Estonia has a population of 1.3 million, and nearly 1 million voters were eligible to elect parliamentary representatives to four-year terms. Turnout was 63.1 percent, according to preliminary figures, which is slightly lower than the 2015 election.