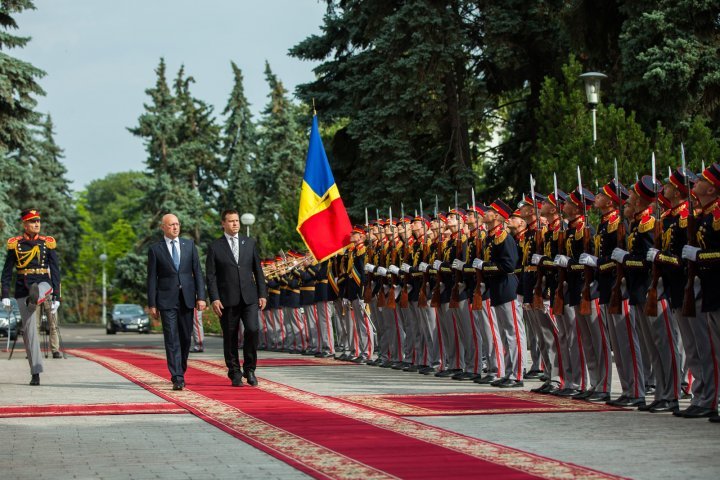 Moldova has been and will remain on Estonia's list of priorities and the Tallinn authorities will continue to contribute to strengthening security in this region of Europe. Insurance comes from Estonian Prime Minister Juri Ratas, who is on a visit to Chisinau. The official met his counterpart Pavel Filip in the morning.

After a discussion, the two heads of government made statements to the press.

"Be confident and you will succeed. We trust you and we will support you in developing a stronger and more free society that can not be influenced from the outside," said Estonian Prime Minister Juri Ratas.

During the meeting, economic relations were also addressed. For example, Estonian investments in our country amount to almost one million euros for the fourth consecutive year.

Only this year, 18 projects in the fields of health, education, rural development and digital services are in progress and ten more are to be launched.

"Since early this year, a major Moldovan company has already been exporting food products to Estonia. Moldovan students can also benefit from scholarships at the educational institutions in the country, and civil servants are trained at the diplomatic school in Estonia," said Prime Minister Pavel Filip.

Prime Minister Pavel Filip also referred to the resolution on the withdrawal of Russian troops from the left bank of the Nistru, which will be discussed at the UN General Assembly and thanked Estonia for support.

"It is especially important for us that Estonia not only supports the draft resolution proposed by the Republic of Moldova to the United Nations on the withdrawal of Russian troops from the territory of our country but Estonia is also co-author of this draft resolution," said Prime Minister Filip.

Juri Ratas and Pavel Filip also laid flowers at the Stefan cel Mare monument, after which the Estonian Prime Minister held a lesson for the students of the State University.

The official will be in our country until June 19th.
AFLĂ imediat Știrile Publika.MD. Intră pe Telegram