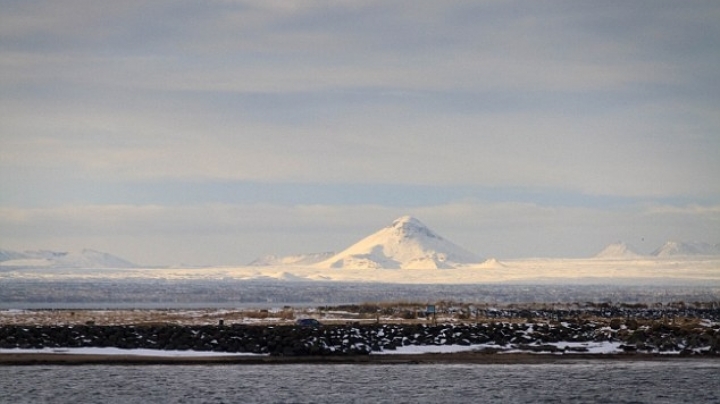 Gunnar Gudmundsson, a geophysicist, said Monday that authorities are monitoring the situation and described it as 'a little bit unusual,' but said there's 'no sign' of an eruption.

Gudmundsson says 'people have been waiting for an eruption for 50 years.'

Named after an evil troll, Katla typically awakens every 80 years or so and last erupted in 1918.

Iceland, in the remote North Atlantic, is a volcanic hotspot often hit by seismic activity.

Its volcanos attracted international attention in April 2010, when ash from an eruption of its Eyjafjallajokul volcano grounded flights across Europe for days, disrupting travel for millions.

In 2014, a record-breaking volcanic eruption spewed lava and ash over Iceland’s Highlands for nearly six months, leaving behind the largest caldera formation ever observed.

The Bardarbunga eruption was the strongest of its kind in Europe in more than 240 years, and released two cubic kilometers of volcanic material.

Researchers from the GFZ German Research Centre for Geosciences have studied the event in new detail, using satellite images, seismological and geochemical data, GPS data, and modelling to document the eruption.