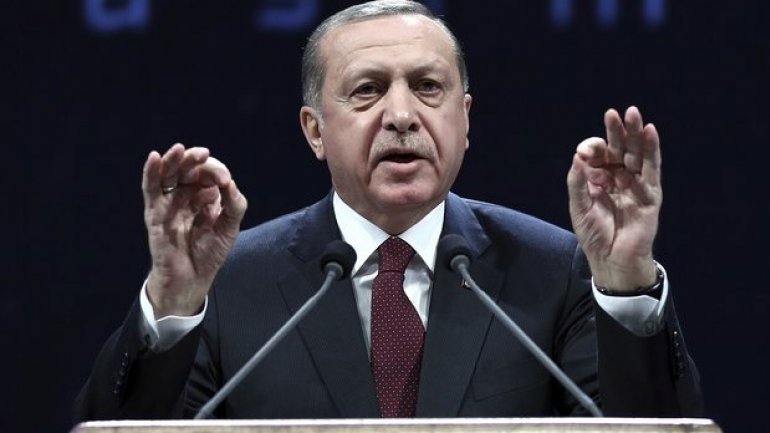 Recep Tayyip Erdoğan has been given a major boost in his quest to transform Turkey into a president-led republic, after nationalists in parliament signaled their support for a controversial proposal to amend the constitution and allow him to stay in office until 2029, reports The Guardian.

In a move that lays the groundwork for a possible historic national referendum in the spring, Devlet Bahçeli, the leader of the nationalist bloc, said on Tuesday the proposed amendments to grant more powers to Turkey’s presidency were reasonable.

Erdoğan’s ruling Justice and Development party (AKP) is likely to table a bill for a referendum on the constitution in the coming months, and nationalist support would now allow the motion to pass. According to details of the amendments leaked to media outlets in recent days, under the proposal Erdoğan would be able to continue in office until 2029.

The issue of changing the Turkish constitution came to the forefront in recent weeks after the nationalists signaled their willingness to consider the proposal, which opposition parties in parliament have vowed to reject. A draft bill was sent to the nationalists last week for internal debate.

Government officials have long argued for transforming the country into a president-led republic in the vein of France and the US, saying the fractious nature of coalition governments in the past have held Turkey back.

Opponents of the change, however, see it as another measure to consolidate the power of Erdoğan, who they argue has governed with greater authoritarianism in recent years. They point to a massive purge of civil servants and a crackdown on media outlets following a coup attempt in July. Critics of the government say these have gone far beyond the putschists and are an attempt to consolidate the ruling party’s power.

Last week, the deputy chief of the second-largest party in parliament, the secularist Republican People’s Party (CHP), said he feared the amendments to the constitution would lead to authoritarian rule. The CHP and the pro-Kurdish Peoples’ Democratic Party (HDP), have both said they would oppose the proposal.

Another round of dismissals took place this week, with the government firing 15,000 civil servants, police and military officials accused of links to Fethullah Gülen, a US-based preacher whose group, Hizmet, is widely believed in Turkey to have orchestrated the coup.

In recent weeks, the government has also cracked down on opposition media outlets and arrested Kurdish members of parliament, accusing them of fomenting propaganda on behalf of terrorist groups.

The purges have inflamed tensions with Turkey’s allies in the west, and on Tuesday the leaders of the European parliament’s two largest groups called for the EU to halt membership talks with Turkey as a result.

Erdoğan was set to run for a second term as president in 2019 when his current term expires, and govern until 2024 if he wins.

According to a draft of the bill, seen by Reuters, he would assume the powers of the executive presidency immediately after the referendum, but the electoral clock would reset in 2019 and he would be allowed to run for two more five-year terms.

The alliance between the AKP and the nationalists, who have long shared an electoral base, is likely to dominate a new order led by the president, particularly amid rising tensions with Turkey’s Kurds. Violence has intensified in recent months in the Kurdish-dominated south-east after a peace process aimed at quelling a decades-long insurgency collapsed.