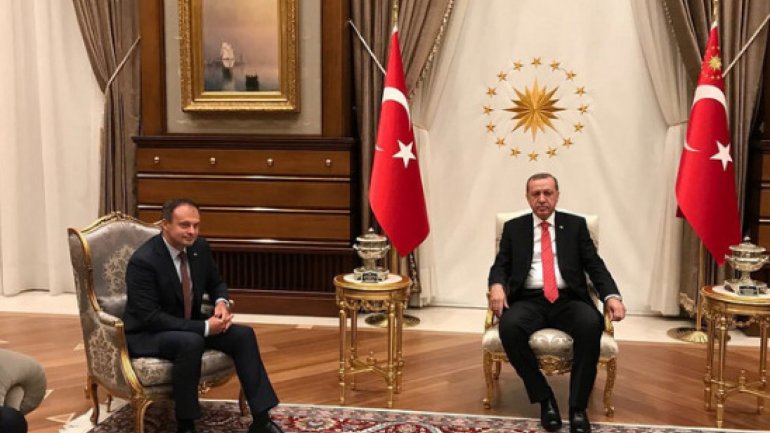 Andrian Candu has met the President of Turkey, Recep Tayyip Erdoğan, during an official trip to Ankara.

Recep Tayyip Erdoğan spoke about the relations between the two countries and even turned his attention to Găgăuzia. President of Turkey has expressed his satisfaction on the improving relations with Găgăuzia and declared the region a key-element in Moldova-Turkey relations.

"Despite not sharing a boarder, Găgăuzia is the bridge for friendship between Moldova and Turkey", the leader from Ankara stated.

They have discussed about the risks and provocations of the region, for which Turkey declared that they do not support separatist and will always encourage Găgăuzia to integrate in the Republic of Moldova, to learn Romanian, along their own language and to participate in matters of internal affairs.