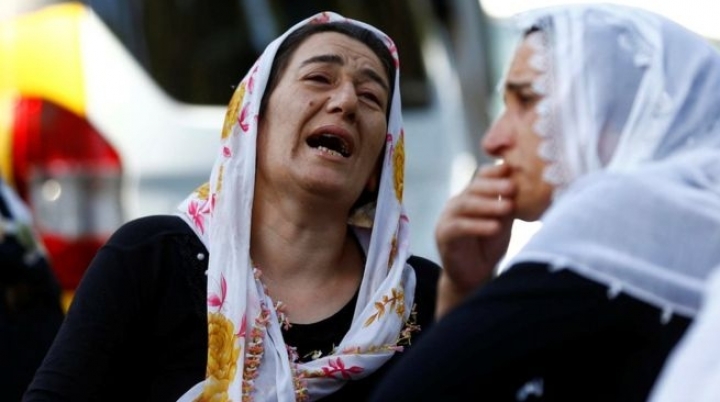 So-called Islamic State is likely to have carried out a deadly bomb attack on a wedding in Turkey, President Recep Tayyip Erdogan has said.

The death toll in the attack in the southern city of Gaziantep has now risen to 50, the local governor's office said, with almost 100 wounded.

A suspected suicide bomber targeted guests at a Kurdish wedding as they danced in the street.

Gaziantep, near the Syrian border, is known to have several IS cells.

The BBC's Seref Isler, who is from Gaziantep, says the city of 1.5 million was already on edge because of events in Syria, where IS has been battling Syrian Kurdish forces.