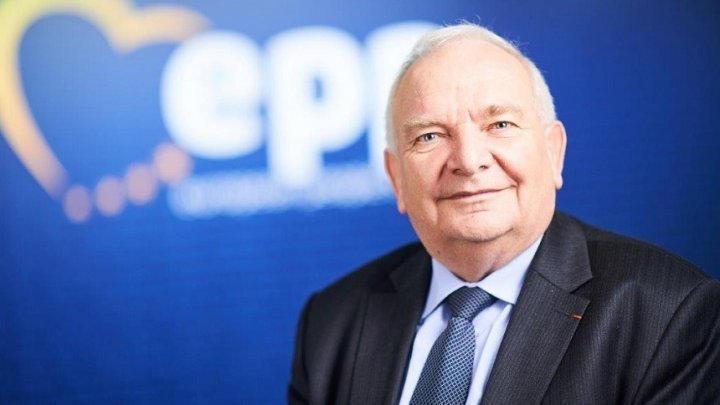 Visiting Moldova, Joseph Daul, the President of European People's Party said that the Socialist (PSRM) - ACUM alliance could raise concerns. During a press conference with PM Maia Sandu, Joseph Daul said that he would follow the changes in Moldova.

"My concerns are that they will respect their commitments and I will tell President Igor Dodon tomorrow that the primary changes must be in the legal field. We're unsure that there is a consensus with the socialists about what needs to happen in this area", said EPP President Joseph Daul.

Joseph Daul says that the PSRM - ACUM alliance has been treated reluctantly since the beginning.

"The decision was a very difficult and very risky one. We are aware of this. This decision has led to a lot of changes and created many concerns in Moldova. We expect PSRM to keep its word," said Joseph Daul.

Maia Sandu did not comment on these statements, but tried to convince her guests that the Government is determined to promote justice reform. Sandu said that this will bring Moldova closer to the European Union. Given that the PSRM is a pro-Russian ally, Maia Sandu expects that the Europeans will support the Moldova's European path firmly.

"We look forward to the support of the European People's Party and when we talk about supporting the enlargement process of the European Union, of giving the European perspective to the Eastern Partnership countries. We have a lot of work to do in order to implement all the commitments we have made", declared Maia Sandu.

In 2017, the EPP accepted and welcomed two new observer member parties from Moldova, Party of Action and Solidarity (PAS) as well as Dignity and Truth Platform Political Party (PPDA), into its family.