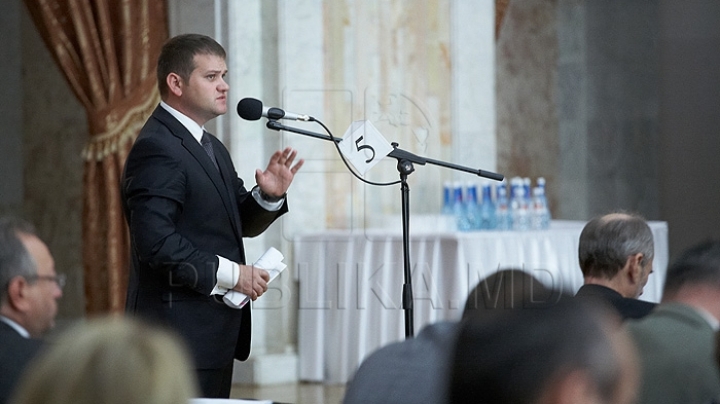 The danger of remaining without water in the capital passed. Ukrainian and Moldovan authorities decided to increase the water flow in the river by 40-per-cent.

However, hydrologists say that the situation in rivers and lakes in the country remains critical and the Yellow Code of hydrological drought is prolonged.

At the beginning of August, authorities announced  that due to hydrological drought, residents of the capital could remain without water. Today, the supplier assures that the situation has returned to normal.

"The level is at 8.75, it has increased. According to the direction of the flow shedding in Dubasari, it is increasing. Although the water level is lower than the 9.1 project, currently there is no danger" , said the technical director of "Apa-Canal Chisinau" Vitalie Midari.

The decision to raise the water flow was taken at a meeting held in Kiev where representatives of our country and Ukraine were present.

"It is an unprecedented decision, at the insistence of the Ministry of Environment the water level has been increased from 100 cubic meters per second to about 140 cubic meters per second throughout the month of August. The water volume is insufficient for properly to continue functioning of the Nistru river, so our last hope is nature" , said Environment Minister, Valeriu Munteanu.

Hydrologists say that the decision made is for a short period of time, because the water level in rivers is still decreasing.

'The situation remains critical in all rivers of the country, not only in the Nistru river but also in Prut and other small rivers.There is  not enough  water that's why it was decided to be extended the Yellow Code over the surface of all the country' , said the head of the State Hydrometeorological Service, Valeria Cazac.