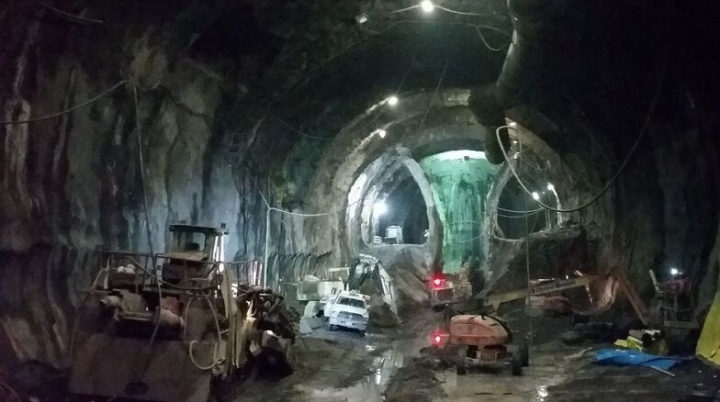 A massive sinkhole has formed next to a shopping mall in downtown Ottawa, causing a gas leak and forcing the evacuation of all nearby businesses.

The sinkhole formed near the corner of Rideau Street and Sussex Drive, not far east of the Chateau Laurier hotel. Soon after forming, it spread across the entirety of Rideau Street, from sidewalk to sidewalk.

A large volume of water could be seen gushing inside, but the water has since been shut off.