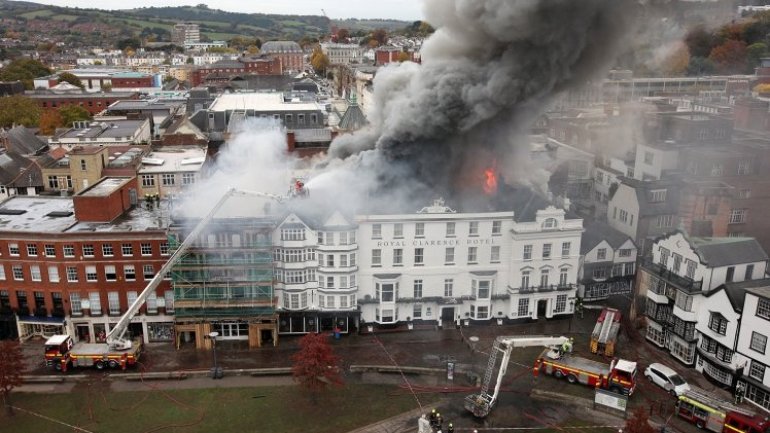 England’s “oldest hotel” has started to collapse as a fire raged on into its second day, Independent reports.

Firefighters worked to control the blaze at Exeter's Royal Clarence Hotel which started at 5am on Friday after a gas main ruptured.

The building’s facade, which dates back to 1769, is now crumbling away, with structural engineers expecting further collapse.

Police believed the blaze was close to being extinguished and the structure of the building was expected to be assessed with the use of drones.

The fire broke out in buildings on Cathedral Green and quickly spread to the hotel, causing its guests and surrounding properties to be evacuated.

The Royal Clarence Hotel became the first establishment in England to use “hotel” in its name in 1827, according to Exeter historian Dr Todd Gray.