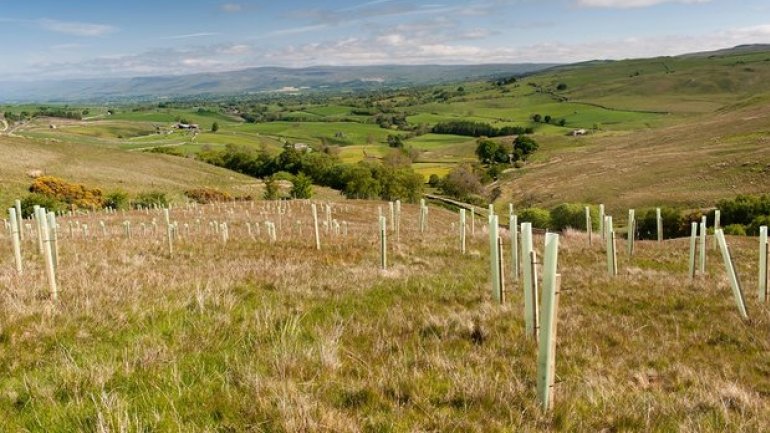 Every year Brazil, Congo and other developing countries are lambasted by environmentalists and western politicians for deforestation at a time when trees are needed to counter climate change and prevent flooding, The Guardian reports.

Now two prestigious organisations are warning that England may have tipped into deforestation, with more trees being cut down than planted for the first time in possibly 40 years.

“We are only planting 700 hectares a year, almost certainly less than we are felling,” said Austin Brady, the conservation director of the Woodland Trust charity which, with commercial forestry groups, wants government to pledge to meet its planting targets at a parliamentary debate on Wednesday.

“Seven hundred hectares is well below the government and Forestry Commission aim of [planting] 5,000 hectares a year. In comparison, 2,400 hectares was planted in 2014-2015, but planting in England has been consistently low, at under 5,000 hectares a year since 2006,” he said. England is already one of Europe’s least wooded countries.

Stuart Goodall, chief executive of Confor, the trade association for the UK forestry industry, said planting was at its lowest level in England in more than 40 years. “Forests are being lost to development and infrastructure; we are cutting a lot and planting so few, so it may be that England is technically deforesting,” said Goodall.