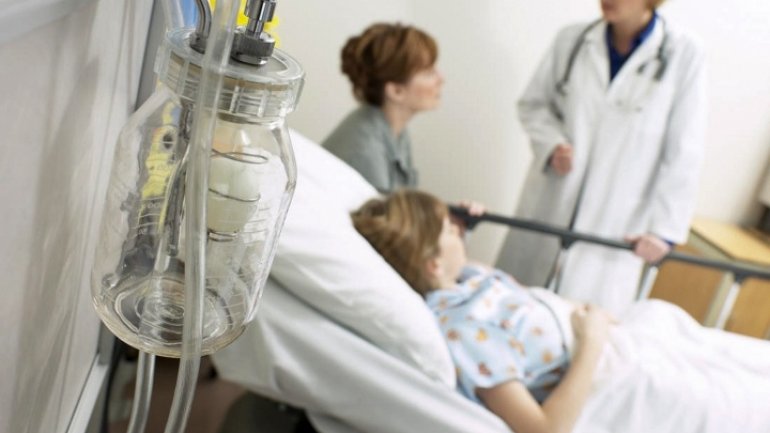 Cracked walls, old floors and uncomfortable beds became but a mere memory for the Endocrinology ward from the Municipal Clinic Hospital "St. Trinity".

Today it opened its doors once again for patience, with new furniture and freshly repaired. The works are estimated to have costed over 2.2 million lei, out of which 1.9 million lei were provided by Chisinau Municipal Council.

From 1976, when the Endocrinology ward was just opened at the Municipal Clinic Hospital "St. Trinity", it has never once been repaired. One of the patients, Tamara Delogramatic claimed that due to old windows people usually froze there during winters.

"The ward used to be horrible. The windows had to be taped shut during winter, but it was still cold"

But now everything was changed and repaired.

"Now everything is beautiful. There is warm water. There used to be up to six patients per room, but new there are a few. It is done very well, like in Europe."

"It is my first time being admitted in this ward. I'm amazed by how beautiful it is. There is warm water and all the necessary conditions."

The chief of Endocrinology, as well as the employees all claim that now they have the necessary conditions to offer quality health care.

"It seems like a new and easier world. It will be more comfortable both for the patients and for us. Now, the beds are equipped with a button that can be pressed to call us" medical assistant Nelea Tănase said.

"We will do our best to manage the workload, to help the patients" medical assistant Tatiana Cebanu declared.

"The whole repair works lasted for three months. Everything was changes, starting from the sewers. The ward actually has a strategic task for Chisinau and Republic of Moldova" Chief of the Endocrinology ward, Natalia Baltag announced.

Deputy Mayor of the capital, Nistor Grozavu revealed that other wards from the hospital will also be renovated.

"Until the middle of October, repair works in other 2 to 3 wards will begin. Next year we plan to renovate other units as well, not because they are left behind, but simply because it is time to modernize them."

The ward can admit up to 30 patients. The Endocrinology department of the Municipal Clinic Hospital "St. Trinity" is treating annually 1 200 patients, who come in with diabetes and other thyroid gland disease.