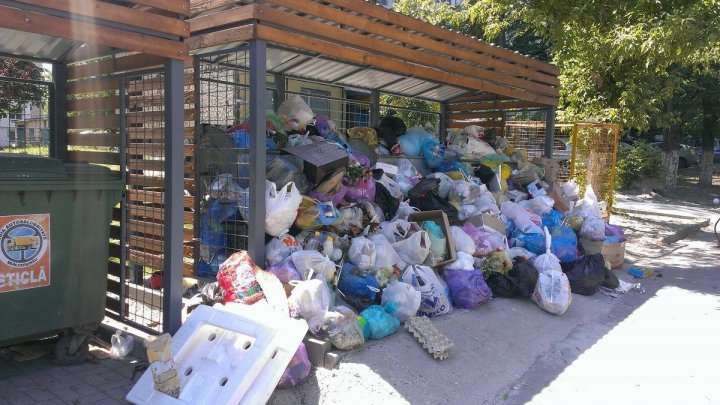 The endless waste crisis in Balti is on the brink of causing an epidemic in the city. City hygiene physicians are alerting and urging local authorities to intervene urgently to overcome the situation. The issue has been discussed in a special committee recently created. But the meeting was left with scandal and accusations against fugitive Renato Usatii.

According to the waste polygons administrator, the Department of Road Repairs and Construction in Balti can not honor its obligations to collect garbage from the city for lack of money. The institution was not saved even after the establishment of the new sanitation tariff, which does not correspond to the reality.

"The Directorate spends three million lei a month for garbage disposal, about 700,000 lei is spent on renting cars, which is not included in the tariff. It is a crime that automatically rains, "said Dumitru Rusnac, waste polygons administrator.

Representatives of the Balti Public Health Center say that high temperatures will aggravate the situation.

"At high temperature, according to health regulations, waste should be disposed of at least once a week, and this product is a source of infection for anyone who has direct or indirect contact," said Ion Pirogan, a health care practitioner.

The inhabitants of Balti are worried about their health and are afraid that the city will be on the verge of an epidemic.

"You can not get close to the garbage platforms, and kids play in the yards."

"Now it's hot. You know what an epidemic it can be!"

The next meeting of the Anti-Crisis Commission will take place on Monday. Recently, the head of the Road Repair and Construction Department in Balti, Iurie Hmarnii, announced his intention to resign because the institution no longer has the money for fuel for trucks.
AFLĂ imediat Știrile Publika.MD. Intră pe Telegram