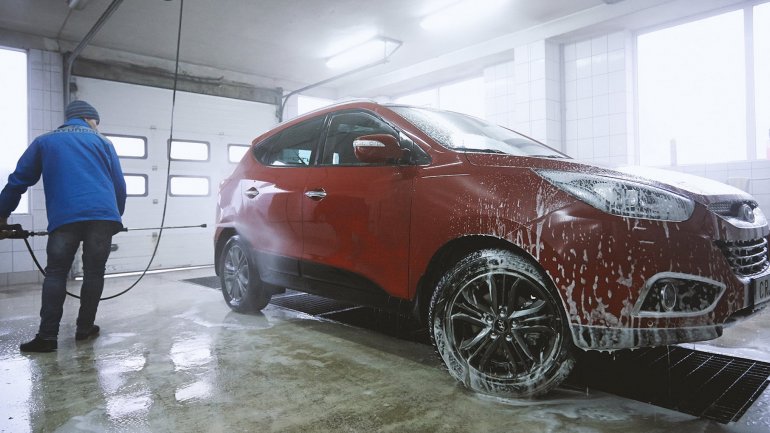 An employee of a car wash has stolen the car of a client and damaged three other parked cars. The incident took place last night, in Ciocana sector of the Capital. The 27-year-old was arrested after leading police officers on a chase.

The car was brought to the auto wash on Sunday for a full cleaning. The owner having left it along with the keys.

The young man defends himself by claiming of taking the car to give a ride home for his cousin:  "I have not stolen it. I intended to take it back, but saw the patrol officers and fled."

The owner of one of the three damaged cars came on site to see the destruction: "I was called by the police and told that my car was hit. I took all the document and came down."

The suspect was noticed by police for sloppy driving.

"Patrolling the yards from apartment blocks on Alecu Russo, we noticed a car. It was obvious the driver could not handle it and hit another vehicle. At 100 - 200 meter from the site, he hit another 2 cars" patrol inspector Andrei Ciobanu declared.

According to the inspectors, the young man lacks a driver's license and will take a breath test.