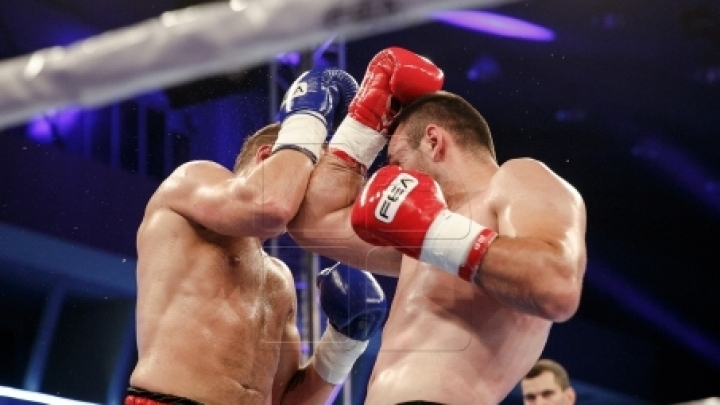 The fighters ready to show off at the KOK gala in Chişinău. On the eve of the contest the sportsmen got officially weighed and launched tough statements. Two of them were on the brink of fighting at the news conference.

The Romanian Daniel Alexandru challenged his adversary by mimicking. The Russian Islam Hojdevdiev couldn’t hold back his emotions and pushed him, but later the two exchanged hugs.

13 fights according to the K-1 rules will take place at the gala. 10 Moldovans, including a lady, will get onto the ring.

One of the most awaited battles is the confrontation between the Moldovan Maxim Bolotov the Kazakhstan-born German Vladimir Tok.

"I promise a hot gala, because the fighters are prepared well, and the stakes are very high," said FEA president Dorin Damir.

The KOK gala is organized by the FEA Association and will take in Sala Polivalentă from Chişinău Saturday evening.