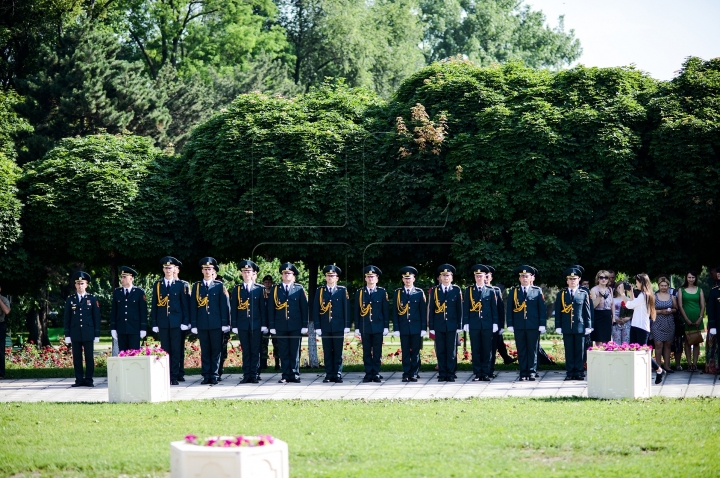 A new class of officers has graduated from the Military Academy Alexandru cel Bun from Chişinău. Several female officers are among the graduates.

They have received their license degrees and the rank of lieutenants.

The graduates’ relatives attended the ceremony with big emotions for them.

Those 89 young people, of which 7 are women, say they hold the military so much they cannot imagine doing anything else.

The event took place at the Triumph Arch in Chisinau.