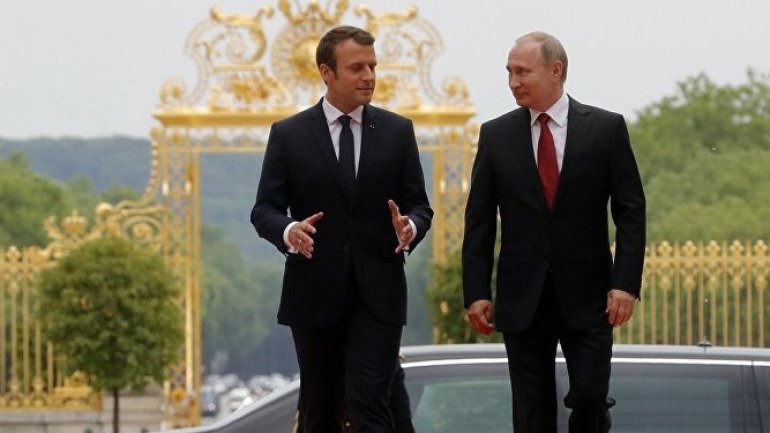 The newly-elected Mr Macron hosted Mr Putin at the sumptuous 17th century palace of Versailles outside Paris for his first meeting with the Kremlin leader which he had earlier said would be marked by some straight talking.

The 39-year-old French leader and Mr Putin exchanged a cordial, businesslike handshake and smiles when the latter stepped from his limousine, with Mr Macron appearing to say “welcome” to him in French.
AFLĂ imediat Știrile Publika.MD. Intră pe Telegram