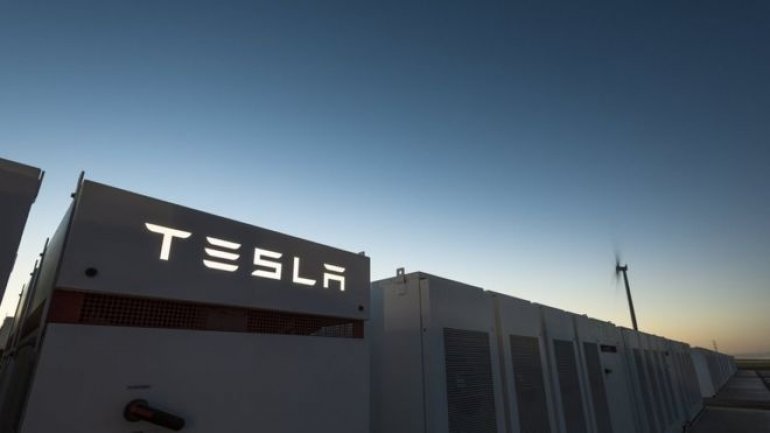 Elon Musk is making good on his promise to help solve an energy crisis in Australia.

Tesla (TSLA) has "fully installed" the world's largest lithium ion battery in South Australia, the state government said in a statement on Thursday.

Tesla teamed up with a French renewable energy firm and the local government to install the battery, which Musk promised to deliver within 100 days of signing a contract -- or it would be free.

The battery needs to be operational by early December for Musk to meet his own deadline.

"Congratulations to the Tesla crew and South Australian authorities who worked so hard to get this manufactured and installed in record time!" Musk tweeted Thursday.

The battery should help ease frequent power outages in South Australia, which has suffered recently from energy shortages.

The battery will store power generated by a wind farm in South Australia, releasing it during times of increased demand.

It is slated to be three times more powerful than its nearest competitor, and is now being tested to ensure it meets federal and state requirements.

The project "sends the clearest message that South Australia will be a leader in renewable energy with battery storage," state premier Jay Weatherill said in a statement. "An enormous amount of work has gone in to delivering this project in such a short time."

The ambitious timeline dates back to a bet made in March, when billionaire entrepreneur Mike Cannon-Brookes threw down the gauntlet to Musk, asking if Tesla was serious when it claimed it could quickly end blackouts in South Australia.

South Australia's population of 1.7 million people suffer regular power cuts and energy shortages. Late last year, much of the state was left without power after a storm damaged crucial transmission lines. Another major blackout occurred in February when a heat wave caused demand to spike.