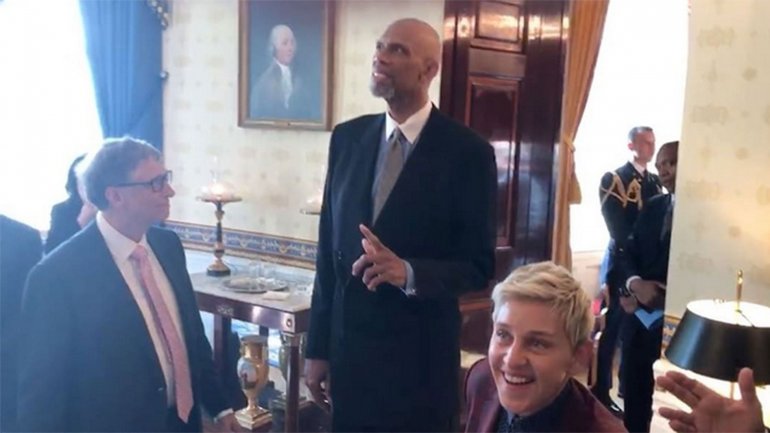 Ellen DeGeneres is among the honorees at the Presidential Medal of Freedom ceremony on Tuesday, but she almost didn't make it into the White House, according to CNN.

"They haven't let me into the White House yet because I forgot my ID," the comedian tweeted. "Not joking."

She finally got in and managed to pull off an impressive mannequin challenge with some of the other attendees.

The Medal of Freedom is the highest civilian honor presented to individuals who have made significant contributions to "security or national interests of the United States, to world peace, or to cultural or other significant public or private endeavors."

DeGeneres has been vocal supporter of President Barack Obama, including throwing a fundraiser for the President's re-election in 2012.