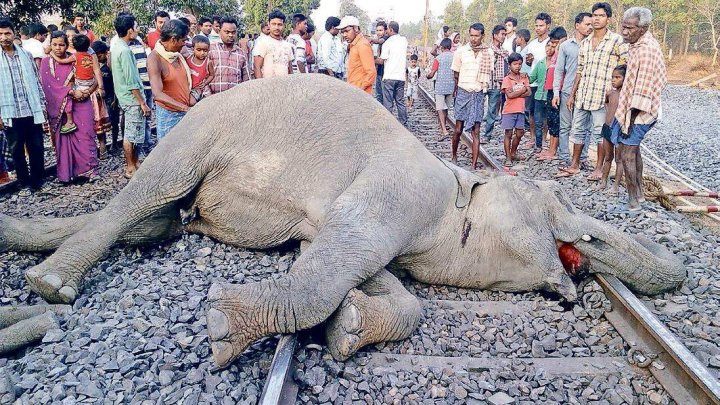 Four elephants including a young calf were killed after a herd was hit by a train while they walked across the tracks, writes Independent.

The animals were trekking through the Bagdihi forest range when they were struck at an unmanned level crossing at 3.30am.

It's thought the herd had travelled 12.5 miles from a wildlife reserve and three cranes were used to move the bodies from the tracks, in India.

Locals gathered at the scene to pray and leave floral tributes to the animals, which Hindus believe are a living incarnation of the god Ganesh.

Jharsuguda divisional forest officer Sushant Kumar said: “All the four elephants were killed in the impact of collision.

Although there was no elephant movement in the area for the past three to four months, the railway authorities were duly informed to reduce train speed in that section.

”Besides, they were also requested to follow guidelines including making continuous hooting along the stretch.“