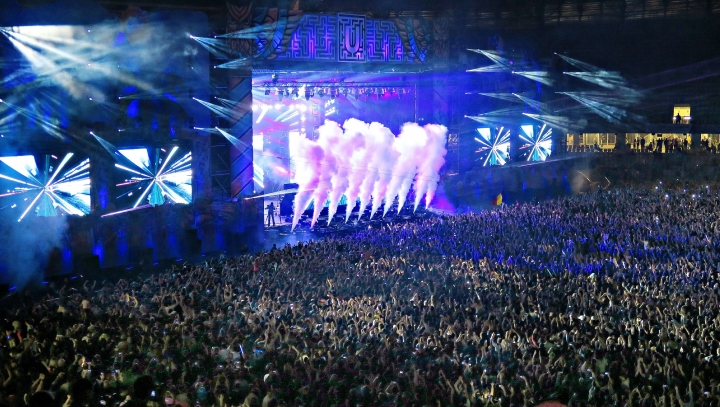 Some 30,000 foreign tourists spent the weekend at Untold, the biggest electronic music festival in Romania, according to a statement from General Inspectorate for Immigration (IGI).

The 2016 edition of Untold took place in Cluj-Napoca, central Romania, between August 4 and August 7. Its first edition, organized last summer, attracted a crowd of some 240,000 people. The number of participants was expected to go over 300,000 this year. The organizers haven’t officially announced the actual number yet.

A picture published on Q Magazine’s Facebook page (below) shows Emil Boc’s wife sitting on his shoulders during one of the concerts organized on Saturday night. The picture already gathered more than 3,400 likes.

According to the local media, the Cluj mayor and his wife left the festival in the morning, after famous DJ Armin van Buuren finished the show.