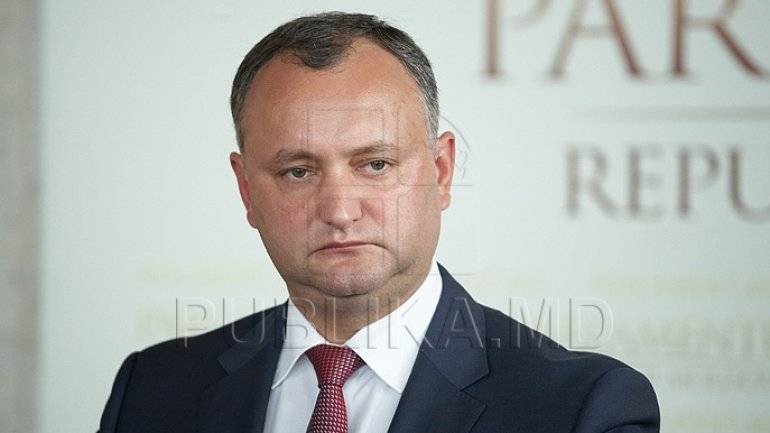 Recovering stolen money from the banking system, resumption of relations with Russia and the fight with the union organizations. There are three decrees that the leader of the Socialists, Igor Dodon, intends to sign if he will become president of the country.

"The billion must be returned by thieves. Therefore, the first presidential initiative will be to cancel the legislation passed by Maia Sandu in the Government, a project that puts the billions stolen by thieves on the citizens' backs" said Igor Dodon.

Igor Dodon also said that among his priorities include preserving Moldova's neutrality and building a strong economy.

Also PSRM leader announced that he would continue to support Christian values and that he opposes marriages between persons of the same sex.

In the first round of presidential elections Igor Dodon garnered the most votes, about 48 percent.