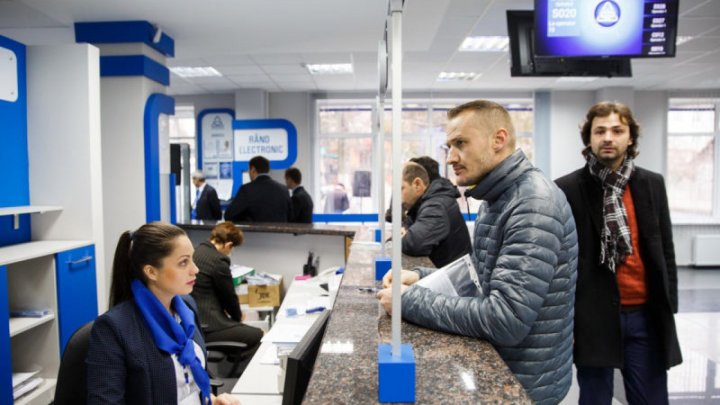 Increased civic activism in the village of Micăuţi. At 13:00, queues were formed at the polling station. A resident of the village sent   photos from the newspaper ststraseni.md, from which it is seen that more people are waiting in line to vote.

And at national level, voting is higher compared to previous parliamentary elections.

The village of Micăuţi is part of the district of Straseni 20, where five candidates are registered. The first on the list is Prime Minister Pavel Filip, who is from Straseni district, from Panasesti village.

According to the situation at 14:00, more than 30% of the citizens enrolled in the electoral rolls went and voted.

Until 13:00, about 27 thousand citizens of the Republic of Moldova abroad exercised their right to vote. In some polling stations, for example, Frankfurt, Dublin, Bologna, Modena, Parma, Treviso, queues were formed. That is why the citizens are urged by the CEC to enter the diaspora.voteaza.md page to inform about the nearest polling station where they can participate in the elections. If in the locality where many polling stations are open, voters are urged to choose the least crowded.

Voters who can not go to the polling station for health reasons have the right to request the mobile box at home by 15.00.

"I voted for the Democratic Party, I voted for the only party who manged to raise state budget 15bln lei more than the previous government, by order and discipline applied in the institutions and country, by economic policies. The Democratic Party, with this money, managed to raise wages and pensions, build good roads across the country, launch the First House project for young people, increase indemnities, increase childbirth allowance to 10 thousands lei, offer each child 200 lei/month up to age of 18, offer free medicines, support pensioners 600 lei for Christmas and more", said Vlad Plahotniuc after leaving the polling station.

Democratic leader stated that he had voted "to prevent Moldova from being captured by hands of the incompetent opposition parties who want to come to power to stop the allowances and aids, reduce wages and pensions, close schools, they did it, and throw the country into chaos and poverty. "

The Democrat leader appealed to all citizens to vote for the continued stability and development of the country.

(UPDATE 10:15) PDM reported to CEC that in several polling stations representatives of an NGO are putting pressure on members of the Electoral Bureaus.

(UPDATE 10:05) Andrian Candu: I voted for reforms, projects. I voted for PDM. Our future placed in your hands

(UPDATE 08:58) Prime Minister Pavel Filip was at the polling station and voted for PDM team who demonstrated to govern a country by actions.

For further information on Presence at voting places

Elections and referendum are set off! Moldovan people are called to decide future for the next four years.

All latest information about parliamentary elections and referendum can be found on website alegepublika.md. Our correspondents will broadcast situation of elections in all places.

Both parliamentary elections and the consultative referendum take place on Sunday. Polling stations will be open from 7:00 to 21:00 local time in the country.

Every citizen with the right to vote shall present the identity card to the polling station operator. Personal data are entered in the Electoral Electronic Register and the automated informational system will indicate if the person has the right to express his / her voting option, if he / she is specifically assigned to this polling station and has not participated in the respective polling.

Then, the voter signs on the electoral list next to his or her name or supplementary list. Two signatures are applied to confirm to receive ballots for parliamentary elections and referendum.

Subsequently, a member of the polling station office applies the "Voted" stamp in the identity document for confirmation and returns ballot to voter. Ballot then is placed in the ballot box.

According to the Electoral Code, it is forbidden to remove the voting poll from the polling station. If the voter has filled out the bulletin incorrectly, at his / her request, the electoral commission of the polling station cancels it and immediately releases a new ballot.

If, around 21:00, when polling stations are closed, voters are still in office and fail to express their voting option, electoral officials decide whether to extend the period.