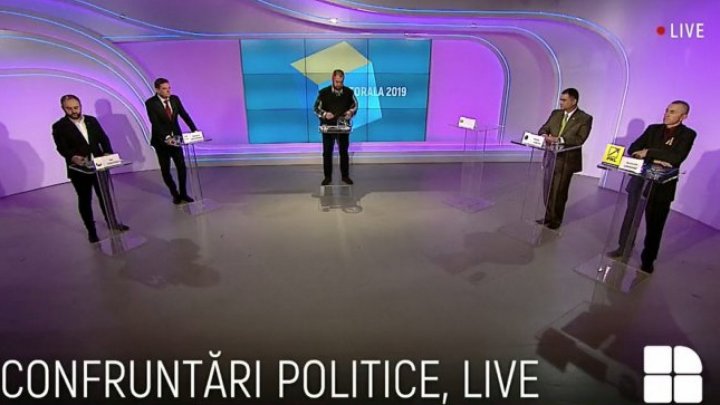 They requested to be invited to the election debates organized by Publika TV but neglected to present when invited. This was how PAS-DA bloc reacted to our invitation to join the debate on Wednesday.

The PAS-DA bloc lost their only chance to present election programs and convince citizens to vote for them.

The other 10 candidates enrolled on the national constituency will be invited in the next two programs.

"We intend to generate a healthy force in the Chisinau Parliament on the basis of the unconditional support of the reunification. You will not find in our list former deputies, former ministers", said Ion Leaşcenco, the representative of the Democracy Home Party.

"The Green Ecologist party comes with a thoughtful election program. We have solutions for problems of people and environment. One of the main problems is the desire of the Ukrainian government to build six hydro power plants on the top of the Dniester", declared Vitalie Marinuţa, representative of Green Ecologist party.

"We believe through concrete projects, the homogenization of the economic structures, the infrastructure, the energy security with Romania will bring the union closer and reunite the country and get rid of the poverty", said the representative of the National Liberal Party.

"We have a enormous social program, at least two hundred thousand people benefit today and I refer to these social shops that offer quality products at a competitive price," said Dumitru Chitoroagă, the representative of Șor party.

Election debates for parliamentary elections will be broadcast on Publika TV, every Wednesday, at 19:00.