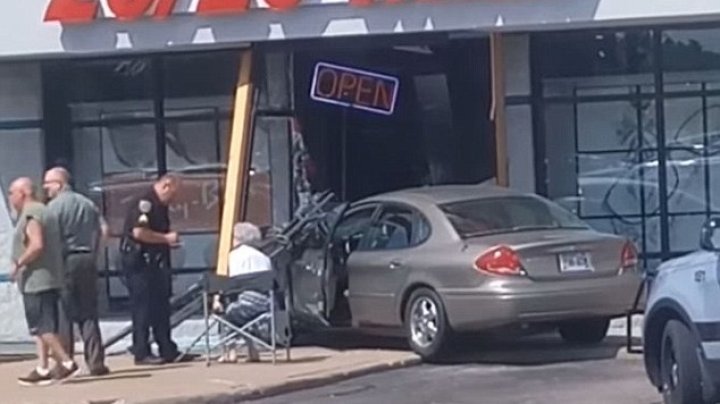 An elderly woman was captured on cell phone video last week after she accidentally crashed her vehicle into an eye care center in Wisconsin.

A man who recorded the aftermath said in the clip, shared by Viral Hog: 'I guess she didn't have 20/20 vision!'

Police in Schofield said the woman placed her foot on the gas pedal instead of the break at the time she slammed into 20/20 Vision located on Metro Drive.

The woman is seen sitting outside the center sitting by her Ford Taurus parked outside the demolished front door of the building.

The damage to the building was said to be 'extensive,' according to WAOW.

The woman was not injured during the accident. No one inside the center was injured either.