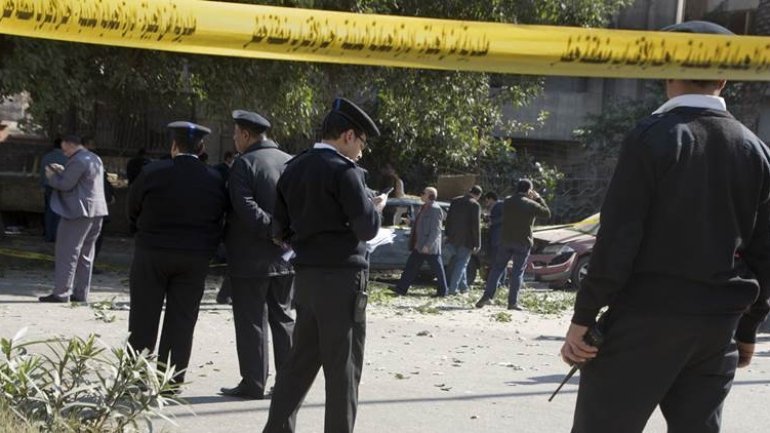 At least seven policemen and one civilian were killed in a bomb attack on a checkpoint in the northern Sinai city of al-Arish on Monday, and five of the attackers were also killed, the Egyptian Interior Ministry said, informs Reuters.

The attackers planted a bomb in a street cleaning vehicle they had stolen a few days earlier, security sources told Reuters. After the bomb exploded, attackers fired guns and rocket-propelled grenades at the checkpoint, the sources said.

The Interior Ministry said the attack was carried out by a group of around 20 men who had used RPGs and a vehicle bomb. Security forces had detonated the bomb before it reached the checkpoint, and had killed five of the attackers and wounded three others.

There was no immediate claim of responsibility for the attack, which also wounded 13 people, including four civilians. Police found the body of one of the attackers behind the wheel of the vehicle that exploded.

An Islamist insurgency in the Sinai Peninsula has gained pace since the military toppled President Mohamed Mursi of the Muslim Brotherhood, Egypt's oldest Islamist movement, in 2013 following mass protests against him.

The militant group behind the insurgency pledged allegiance to Islamic State in 2014 and called itself Sinai Province. It is blamed for killing hundreds of soldiers and police since then.

In November, Islamic State claimed responsibility for an attack on a checkpoint that killed 15 soldiers.