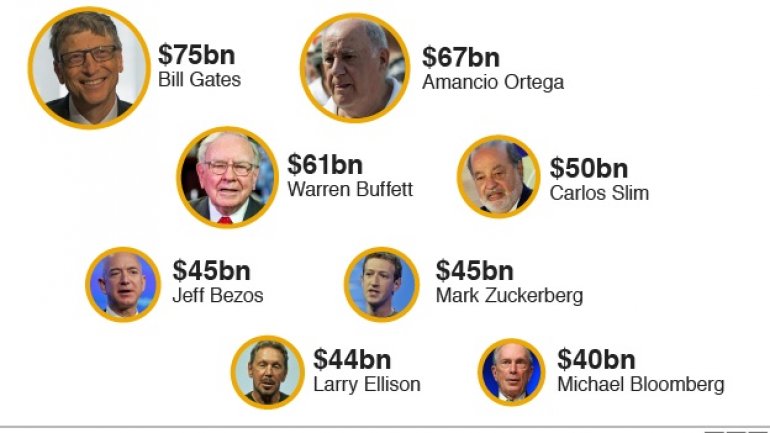 The world's eight richest individuals have as much wealth as the 3.6bn people who make up the poorest half of the world, according to Oxfam, BBC reports.

The charity said its figures, which critics have queried, came from improved data, and the gap between rich and poor was "far greater than feared".

Oxfam's report coincides with the start of the World Economic Forum in Davos.