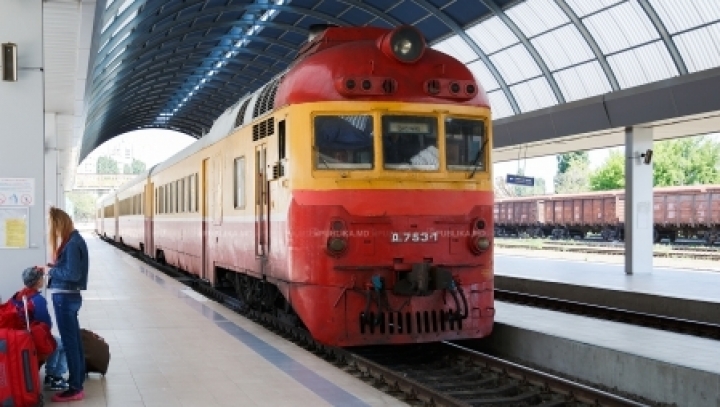 The Moldovan Railway state-owned enterprise (CFM) will benefit from a loan amounting to 52.5 million euros from the European Investment Bank (EIB).

Transport and Road Infrastructure Minister Iurie Chirinciuc and Head of EIB Representation to Moldova at European Investment Bank Antonio Castillo signed a financing agreement on the matter in Chisinau today.

Under the document, the financial means are meant to modernize the enterprise’s infrastructure, as well as to purchase a consignment of locomotives, which will be used for transporting passengers and goods abroad.

Funding is amounting to 110 million euros, out of which 52.5 million euros are offered by the European Bank for Reconstruction and Development (EBRD) and respectively, 52.5 million by EIB. The EBRD like the EIB earmarks 27.5 million for purchasing locomotives, and 25 million – for infrastructure.

Chirinciuc noted that reform project of the railway had been launched in 2014, and that of its total amount, 5 million euros were offered as grant on behalf of EIB.

“The CFM is currently facing major financial problems related to payment of salaries to employees, as well as to old infrastructure of the enterprise. Mostly, this situation is determined by decrease by 37 per cent in exports of goods to Russia, because of the armed conflict in Ukraine,” he said.

Castillo said that “the purpose of financing CFM is to provide maximum financial support for reorganizing and restructuring rail transport in Moldova, which will offer the possibility to implement European standards within the institution.”

“The next stage of the project sees organizing tender for procuring 15 locomotives, to this end, it is scheduled to use 50 per cent of loan, other 50 per cent of sources are to be spent for modernizing infrastructure,” CFM director Iurie Topala said.

The EIB credit is provided for a 15-year period with a 1.5-per cent interest rate.