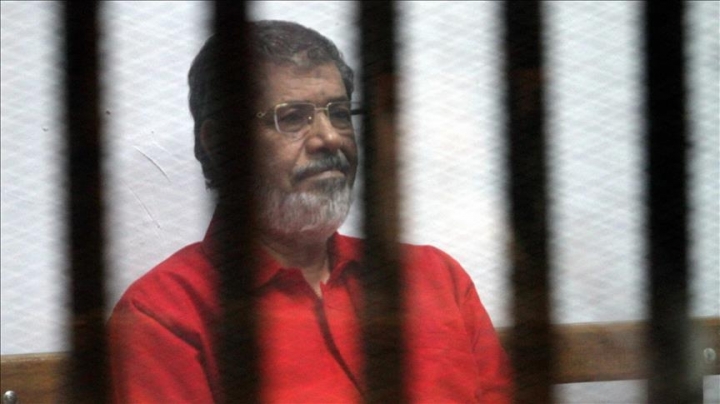 An Egyptian Court on Saturday has postponed a hearing of an appeal by Mohamed Morsi, the first democratically elected president in Egypt, in the case known in the media as "Itehadeya Palace incidents", a judicial source told Anadolu Agency.

Morsi, who was sentenced to 20 years in prison, appealed - along with eight others - the verdict against them in the so-called "Itehadeya Palace incidents” case, in which they were accused of "incitement to violence", including killing protesters, outside the presidential complex.

The judicial source, who spoke anonymously due to restrictions on speaking to media, added that the Court of Cassation, the highest court of appeals in Egypt, postponed the hearing to October 22, 2016.

Morsi's defense team had requested to postpone the court’s hearing in order to view a memorandum of the prosecution which rejects their appeal.

The case was based on bloody clashes that occurred on December 5, 2012 in front of the Itehadeya Presidential Palace between supporters of the Muslim Brotherhood and opponents of Morsi.

The clashes resulted in the deaths of 10 people.

In April 2015, the Cairo Criminal Court found Morsi and 14 other defendants (including six in absentia) guilty.

The ousted president Mohamed Morsi was sentenced to death in another case regarding a 2011 jailbreak.

Egypt has been roiled by turmoil since the military deposed Mohamed Morsi, the country’s first freely elected president, in a 2013 coup.

In 2014, President Abdel-Fattah al-Sisi, a former army chief who led the military to oust Morsi, approved legislation allowing individuals accused of committing violations against state institutions to be referred to military courts.