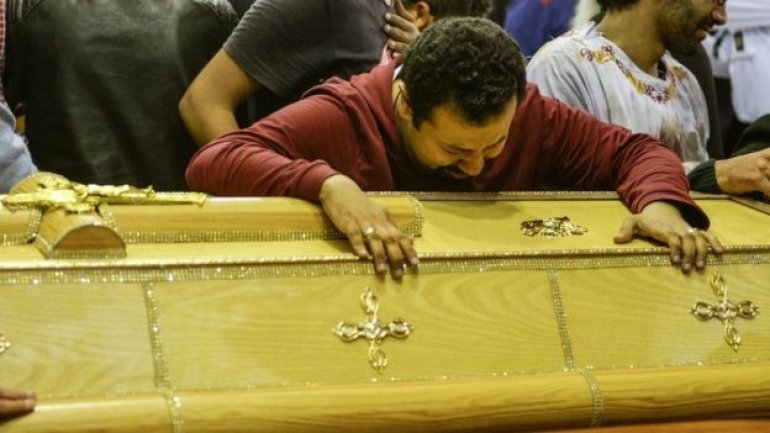 The measure allows authorities to make arrests without warrants and search people's homes. It needs to be approved by parliament before it is implemented.

So-called Islamic State (IS) said it was behind the blasts in Tanta and Alexandria on Palm Sunday.

The group has targeted Copts in Egypt recently and warns of more attacks.

Mr Sisi made a defiant speech at the presidential palace after a meeting of the national defence council to discuss the explosions.

He warned that the war against the jihadists would be "long and painful", and said that the state of emergency would come into force after all "legal and constitution steps" were taken. The majority in parliament backs Mr Sisi.