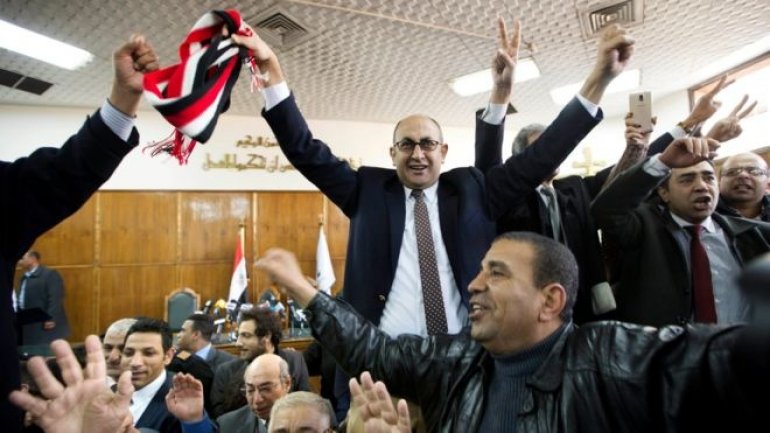 The High Administrative Court rejected an appeal by the government against a lower court's decision to stop it handing over Tiran and Sanafir.

Cheers erupted as the judge delivered the verdict, saying the government had failed to provide evidence that the islands were originally Saudi.

Tiran and Sanafir are located at the mouth of the Gulf of Aqaba. They are uninhabited apart from Egyptian troops and multi-national peacekeepers.

President Abdul Fattah al-Sisi said the islands had always belonged to Saudi Arabia and that Riyadh had asked Egypt to station troops there in 1950 to protect them.

But Mr Sisi was accused of violating the constitution and "selling" the islands in return for a multi-billion dollar aid package announced during a visit to Cairo by King Salman.

Saudi Arabia has backed Mr Sisi financially since he led the military's overthrow of his Islamist predecessor, Mohammed Morsi, in 2013.